Legend’s recently inaugurated High Performance Surfing Academy’s head coach, BRUCE JACKSON is often ragged about losing the 78 St. Michaels World ISA Title to his best buddy, ANT BRODOWITZ. But let it be said that many at the event had him as clear favourite before it even began. It just wasn’t his day. He came second. Bruce was a member of that super talented seventies group of Saffers that gave such a spectacular account of themselves on the North Shore. But that wasn’t enough for Bruce. He wanted to find his own path so he develop his shaping skills and soon was applying himself in the shaping bay with such ferocity that during that period that straddled the start of the eighties, he shaped as many boards as anyone anywhere.

Surfing a single fin on the long walls at Jbay invoked all the memories of the 70’s. 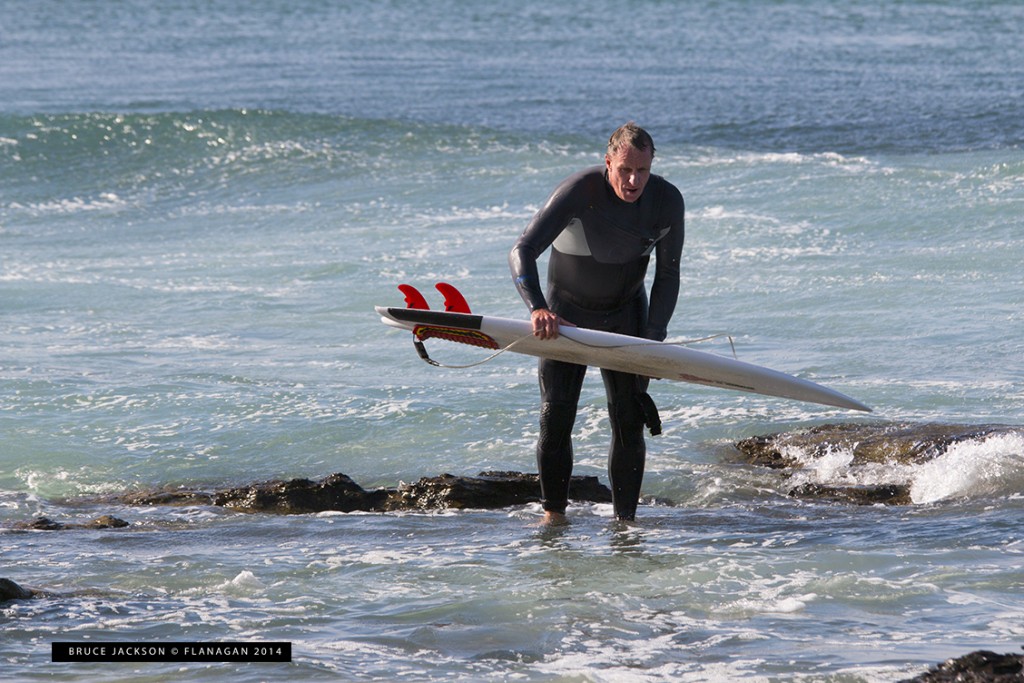 Jacko hasn’t lost an ounce of his stoke or ability. 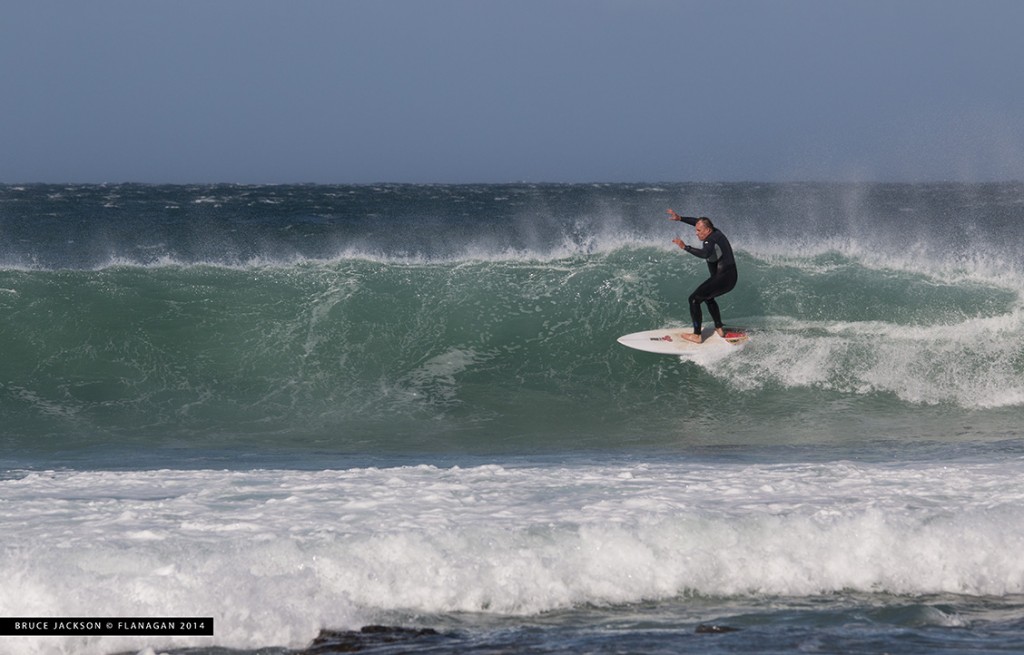 High speed driving through sections that others just couldn’t make. 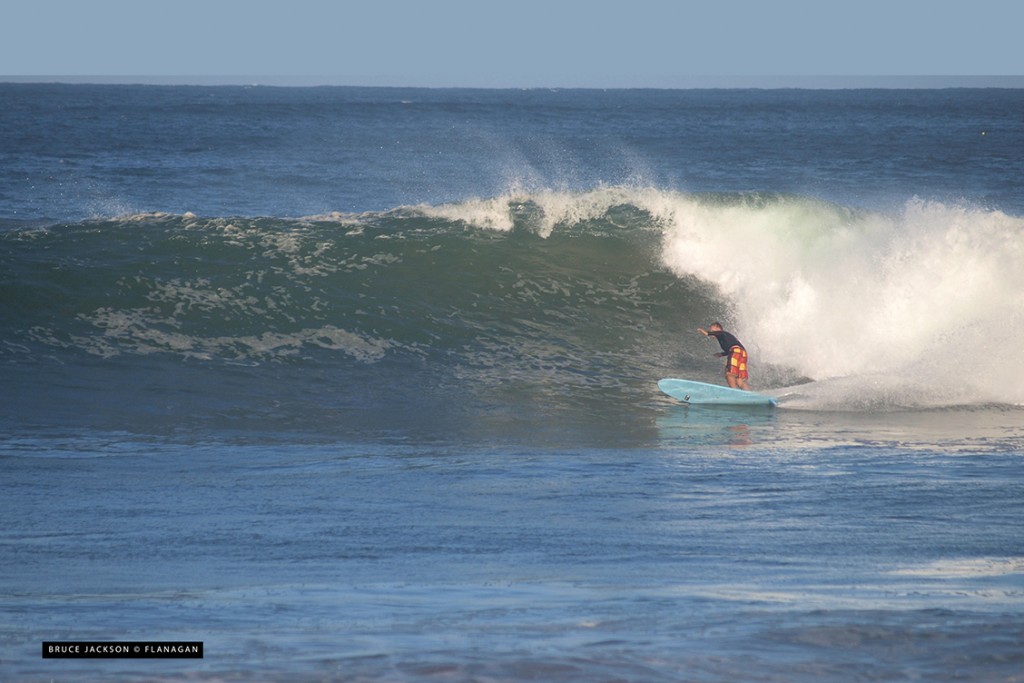 Still creating a legacy of excellence, no matter the board or the wave.

It was inevitable that Bruce would land up in Japan. The board manufacturers there recognized his ability to make them money. While there, he won the prestigious Nijima Pro that dropped a wad of dollars in his pockets and fuelled his need to be back to Hawaii as often as possible and for as long as possible. He came back to South Africa and kept pumping the shapes out and eventually after a solid stint down the South Coast at Lisle Coney’s booming Country Rhythm factory in Margate, he hung up his plainer and got into the restaurant trade. His JBay quiver included a very flat and pretty short Merrick for the small stuff and a single fin that helped him cream some of the biggest bombs when it pumped. He was a revelation. In Durban he spends a lot of time paddling skis offshore. His fitness is legendary, but what makes him an absolute standout is his versatility and especially in consequential waves. Big soul arch bottom turns and long sweeping cutbacks are his game. Bruce is a highly experienced coach who was partly responsible for the SA team ISA World Tile win in Durban in 2002.

– Ten years of international shaping with some of the biggest brands of the time. Opening the door to professional power shaping .

– Many finals and victories in Bay Club contests/ Natal monthly contest as our Bay crew grew up over the early years, surfing and competing with each other with what can only be described as one of the greatest competitive crews to come out of SA surfing.

– Captain  and coach of the national teams

Life outside of surfing:

Had a few big knocks in life……..But…..still going strong !

As a grom, Gerry Lopez; As a pro, Cheyn Horan; As a coach, Shaun Holmes ; As a long boarder, Joel Tudor

Durban between the piers; best in the world. Best travel surf destination( and cheapest)- KZN South Coast in May.and June.

Love it as long as creativity comes off the bottom turn. Hate it when everyone surfs the same.

The Legends Gathering: – your take;

Firstly thank you for insane surf. I looked at some guys there and couldn’t believe how well they surfed. Then I reminded myself that all these guys were the cream of SA surfing in their day and they have stayed true to their surfing life style.

The Legends Legacy – in a nutshell;

You got to have history to be relevant

I thank God for a lot of things in my life and surfing is one of them.