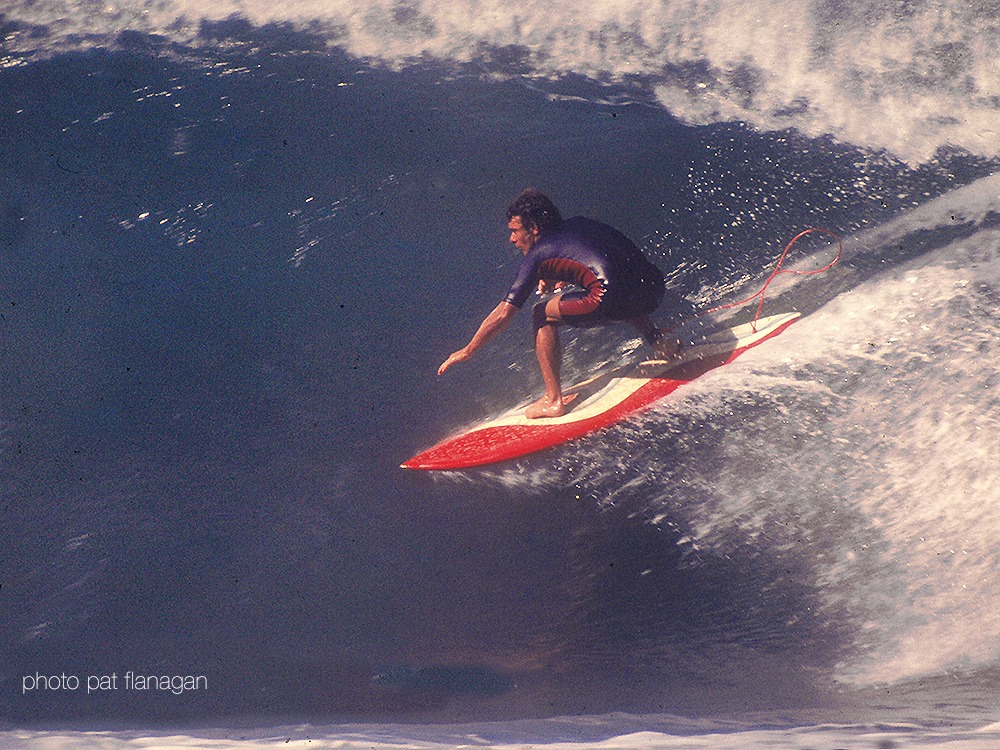 It’s common knowledge that Spider Murphy was Shaun Tomson’s go-to shaper in the seventies when South Africa’s first and only professional World Champion was setting the North Shore alight with his high octane brand of tube riding. Who will ever forget Spider’s Pipeline Gun that helped Shaun win the Pipe Masters in ’75 (it features in the Quicksilver Masters Collection of boards).

As you would expect, Spider is modest yet comfortable in his perceived role as master shaper at the time; “Shaun Tomson wanted me to be in these situations to experience the importance of foiled rails, curves and plan shapes that fit into waves and concaves for speed and hold in the barrel . This was the best advice for my shaping career. Cave Rock is the ultimate training and testing ground in Durban for Hawaii.”

It sure was and maybe still is (the wave has shifted south). In fact ‘The Rock’ was the colosseum of commitment. The absolute proof of whether you stood a chance in Hawaii. Surfers came from near and far to measure themselves against the ‘later than is physically possible’ takeoffs and the super shallow rock bottom induced, industrial strength barrels.

What’s less well known is that Spider got a chunk of tubes at the Rock, a feat that commanded massive respect for his surfing in a line-up brimming with the best and all at a time when South African talent was more abundant than at any other in history.

To tabulate his path since those mid seventies times, when he was laying down the tracks of a stellar international shaping career, would need a few pages and would include a long list of the World’s best surfers from every era since, for whom he has shaped boards. He arrived a long time ago and has never left.

So what excites Spider today? He talks with enthusiasm about a bunch of groms who wait for him in the dark each weekend morning, frothing to learn about riding waves. These encounters and the resultant transfer of stoke is what keeps him interested and inspired. “I get as much out of our training sessions as they do”.

Besides the mentoring and shaping, almost every day you’ll find him paddling out at North for a dawnie. Same as he has for the last forty years. Never having much to say, just getting on with each new day.

Photo and story by Patrick Flanagan

Story published in the June/July 2014 issue of Zig Zag