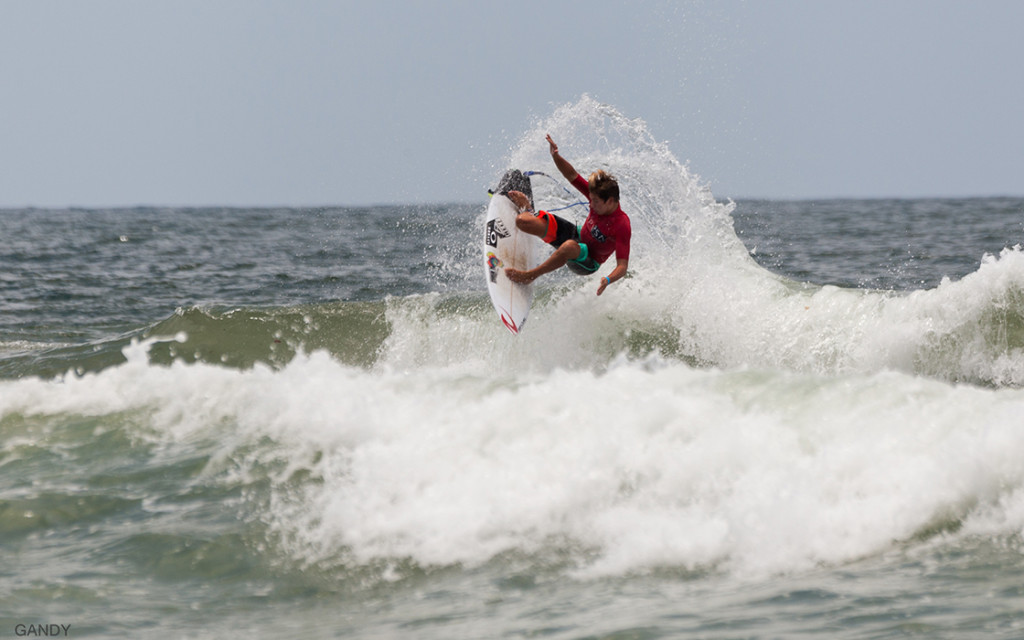 Koby Oberholzer clocking up an 8.5, the highest score of the event.

Sitting on the wall at Dairy Beach with one of the Legends who had spent the day involved in this memorable and innovative project, we reflected on what had just happened. Since early on the steamy, sticky Saturday morning, red shirted Legends (some greying) had been engaged with a thirty six strong, wide eyed group of frothing juniors that had travelled from the four corners of the South African coast to attend this ground breaking endeavor. We reflected and consensus was that the HPSA and the Future Legends Series had made a strong start, but much hard work was going to be needed to achieve the goal of creating a new wave of champions.

The initiative, planned by head coach Bruce Jackson required a highly intense series of processes aimed at assessing and directing the talent on display. Pre-heat coaching, post heat analysis, judging criteria, free surf videoing, fitness and psychological preparation and highly technical skate board sessions were among among the activities.

The program was set out in a the competitive environment of a contest that consisted of three divisions, sixteen under sixteen boys, ten under thirteen boys and ten girls under sixteen and younger. Each grom surfed two round robin heats that were scored by experience and well directed judges. Each of the three division culminated in a four man final.

Condititons ranged from oily grey low tide runners to glassy, chunky and very rippable bowl waves that provided left and right opportunities. Typical summer Durban faire. Good enough for the participants to give a good account of themselves.

South Africa has a pedigree when it comes to surfing. Lots of world champions and a winning culture that stretches back into the early seventies when Gavin Rudolph won the Smirnoff Pro at Sunset Beach from nowhere. Each and every one of the elite Legends, that were on the beach on Saturday, came from an era when Saffas were continually on the podium at international events. An expectation of victory always a prerequisite to winning. The Legends needed to firstly pass that simple equation on to the groms but also to show them how to go about making that happen.

Watch the video on http://www.zigzag.co.za/news/contest/first-leg-of-the-future-legends-coaching-series-a-resounding-success/

Results from event one: 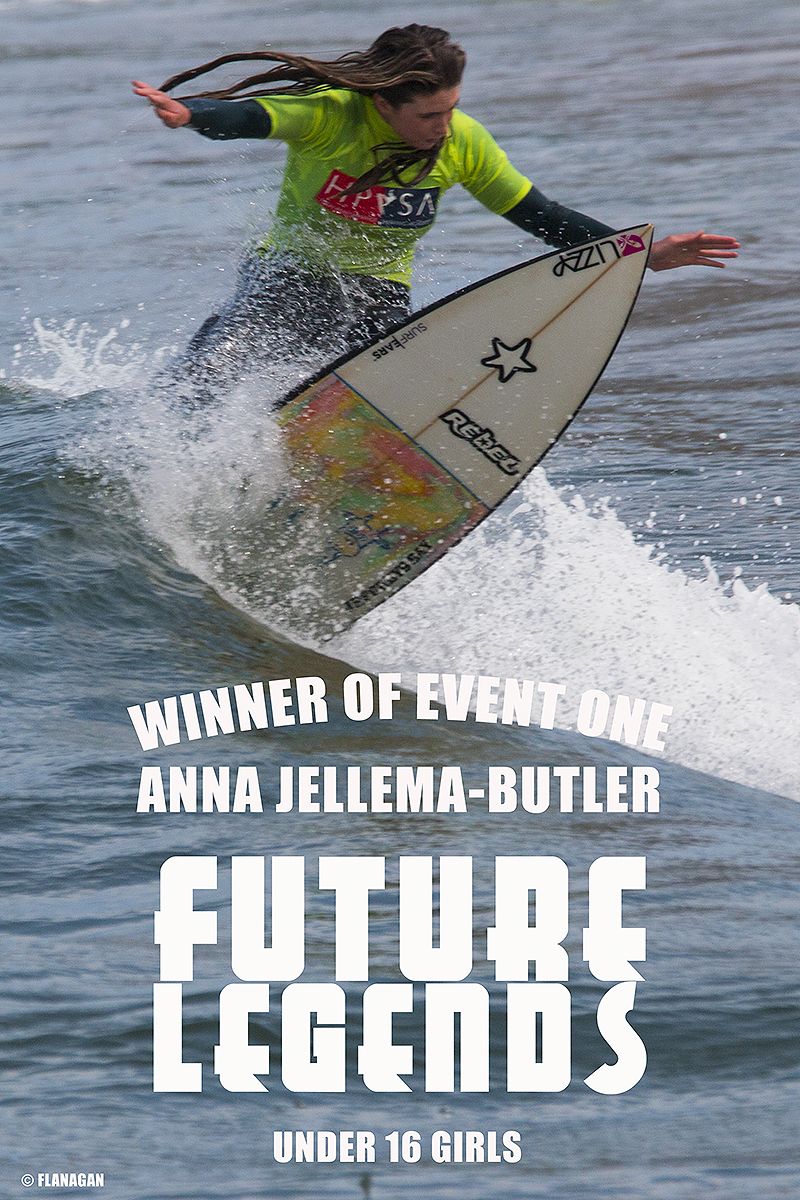 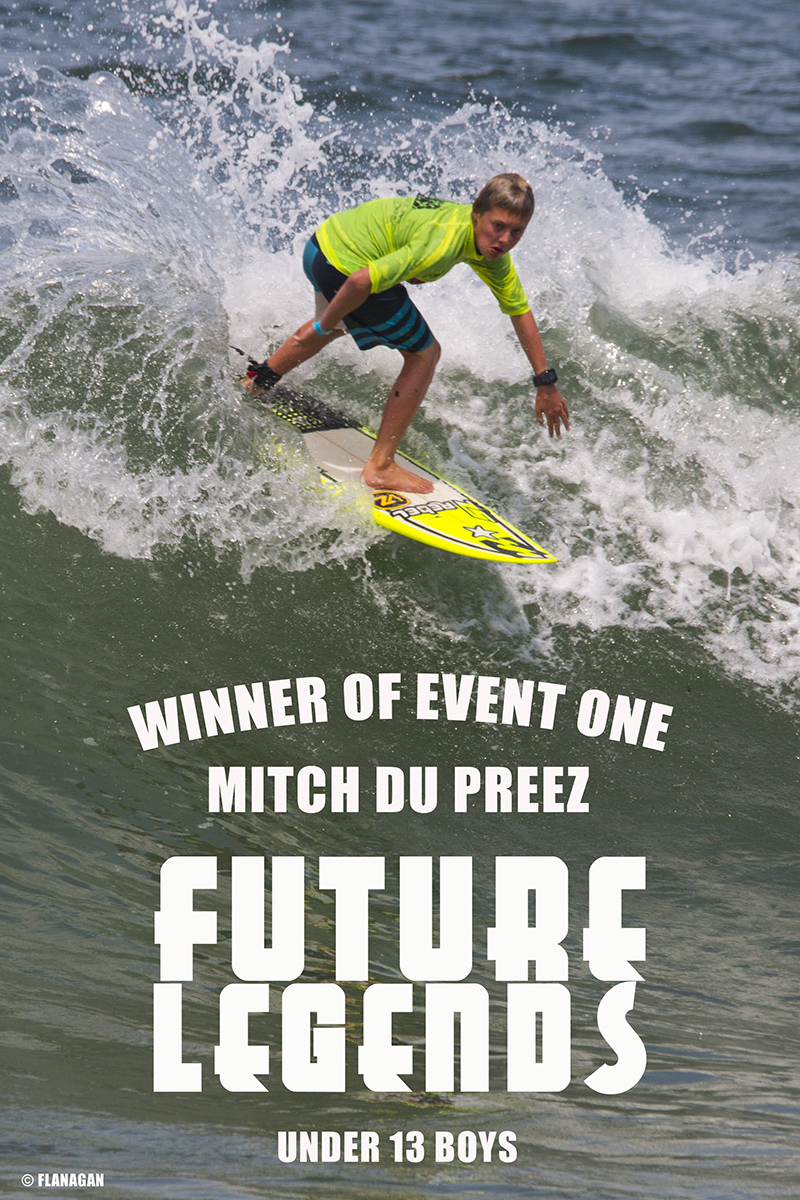 Calvin Goor was the most consistent and Kirsty McGillivray JBAY also scored a 7.5.

Anna Jellema-Butler, winner of the under sixteen girls division summed it up.

“The first event of the Future Legends Coaching Series was very special to me. While the contest was fun and well organized, the part that made it unique to other contests was the other activities we did in between heats with surfing legends like Heather Clark. From free surfing training and video analysis, to correcting technique on the skateboards, to heat strategy, I was really grateful for their presence and help throughout the day.”

So it’s on to the second of the three events to be held on 27 February.

The message going forward to the participants from Bruce Jackson –

“Take what you’ve learned from this first event and apply it to your free surfing in the next four weeks, so you can return in a month with confidence and enthusiasm.”

The next event takes place 27 February and the final event on19 March when the overall winners will participate in a two week HPSA coaching program.

The Legends verdict: A promising start with a long road to travel.

We would like to extend a big thank you to:

A big shout out to to Anne Wright and Johno Hutchinson and his team of judges for their help.

Phil Gandy and Craig Dove contributed to the photography of the event. 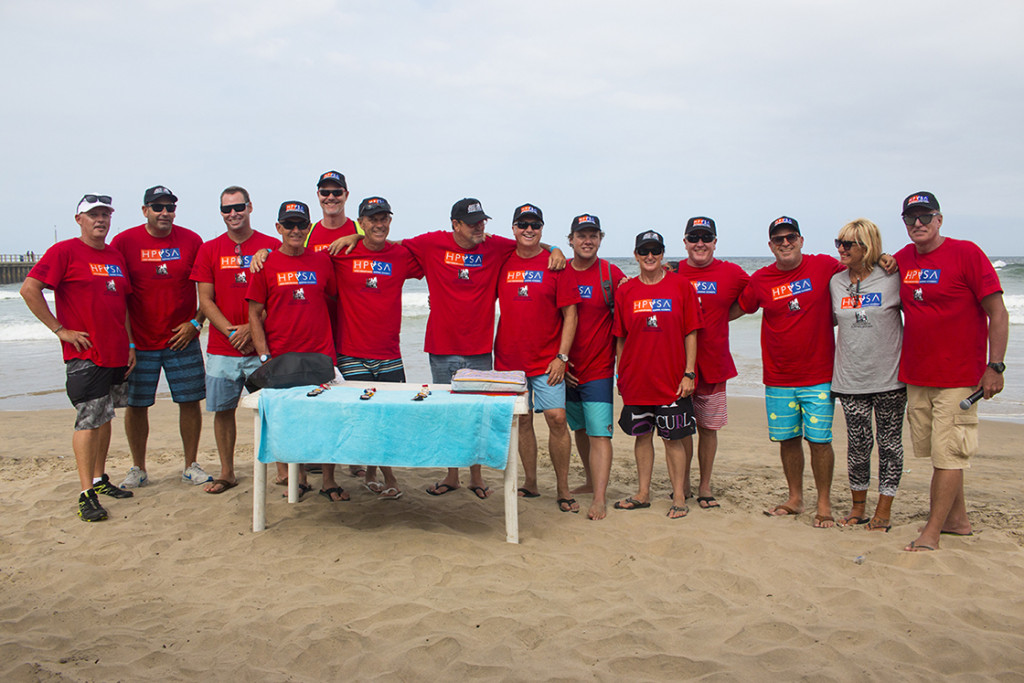 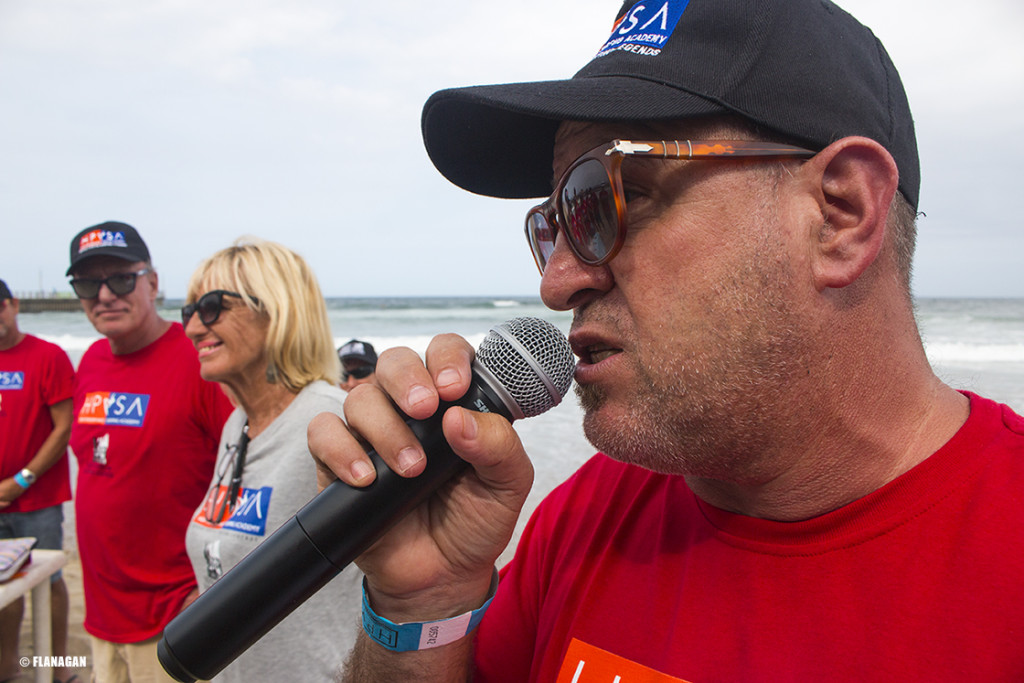 Solly Berkowitz on the mike. 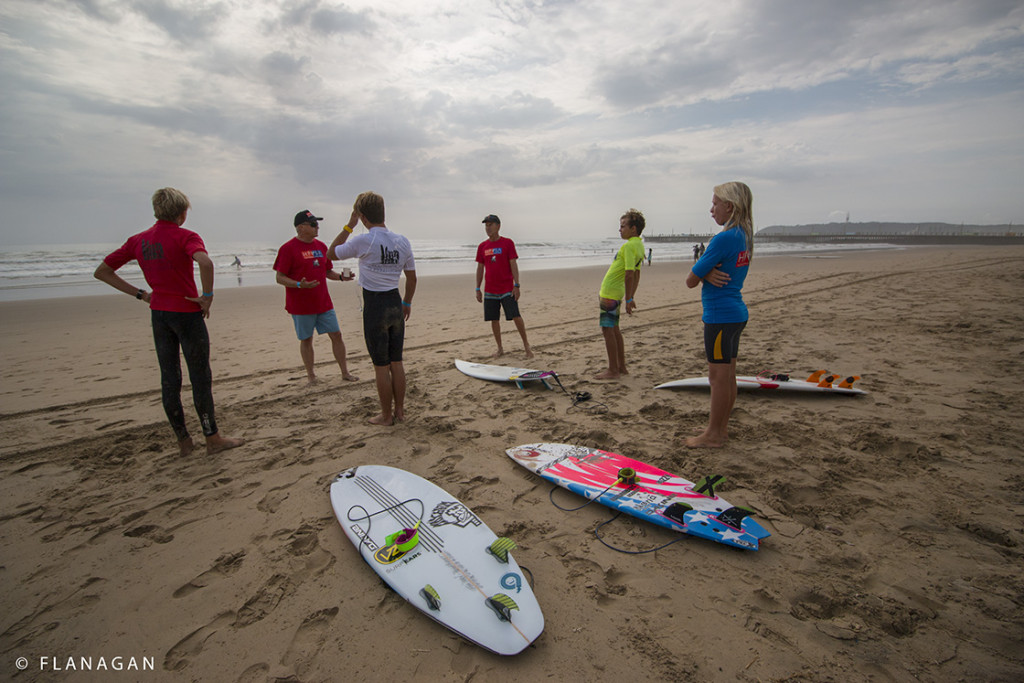 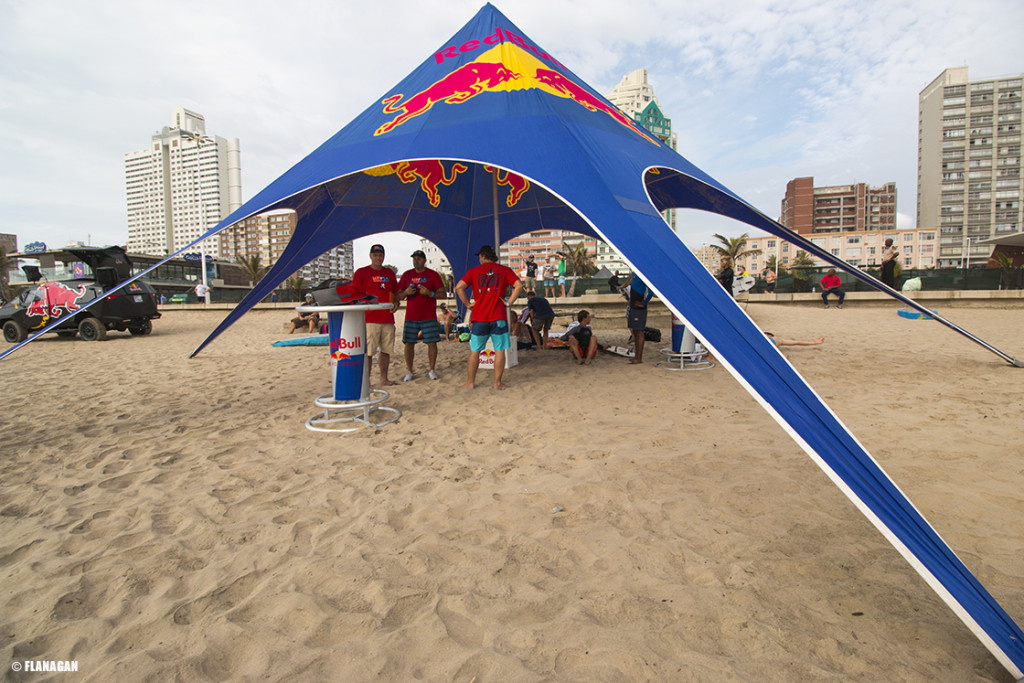 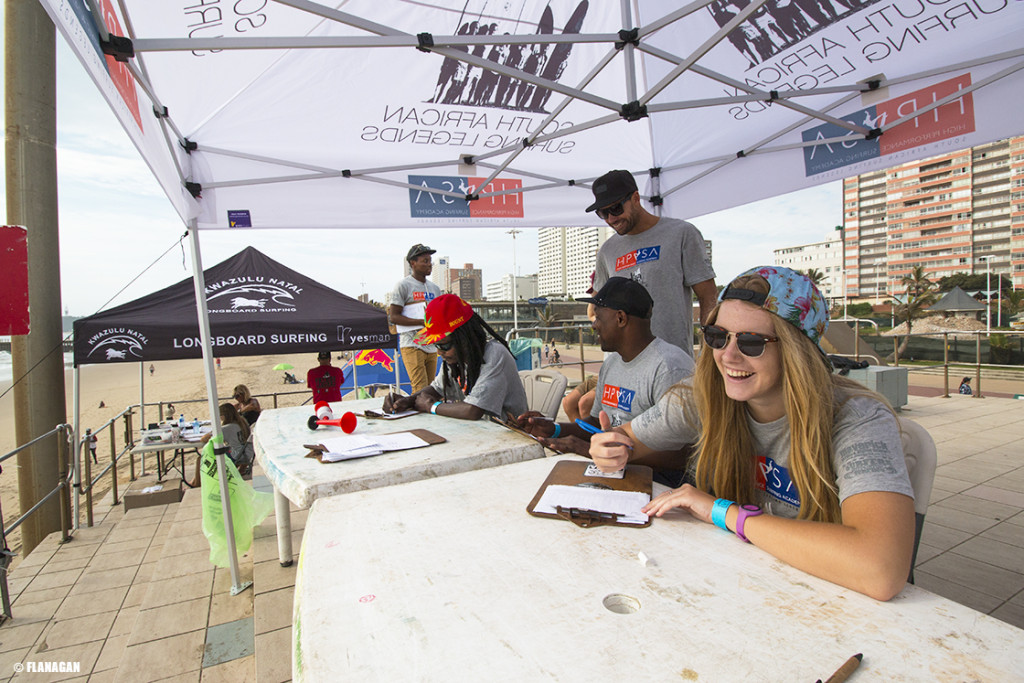 Impeccable judging added to the integrity of the event. 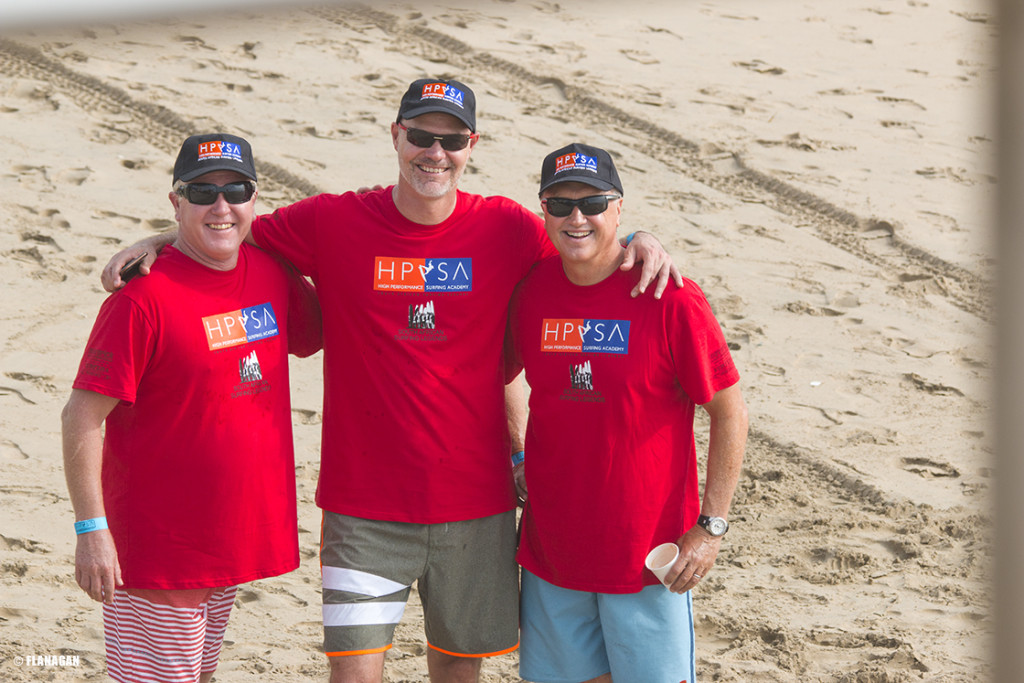 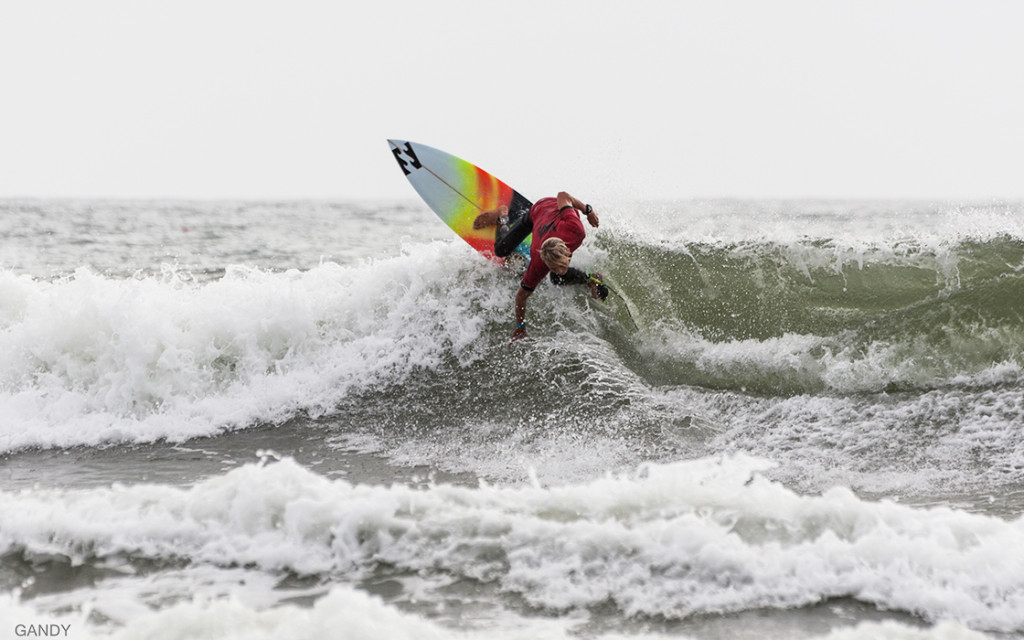 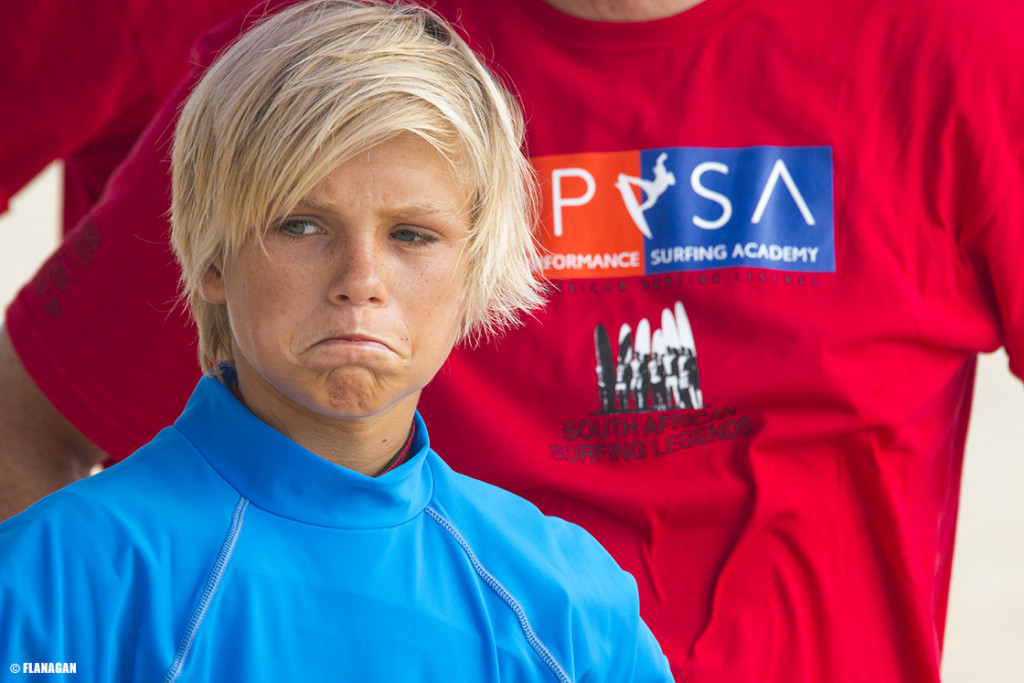 Max Elkington not so sure about all this. 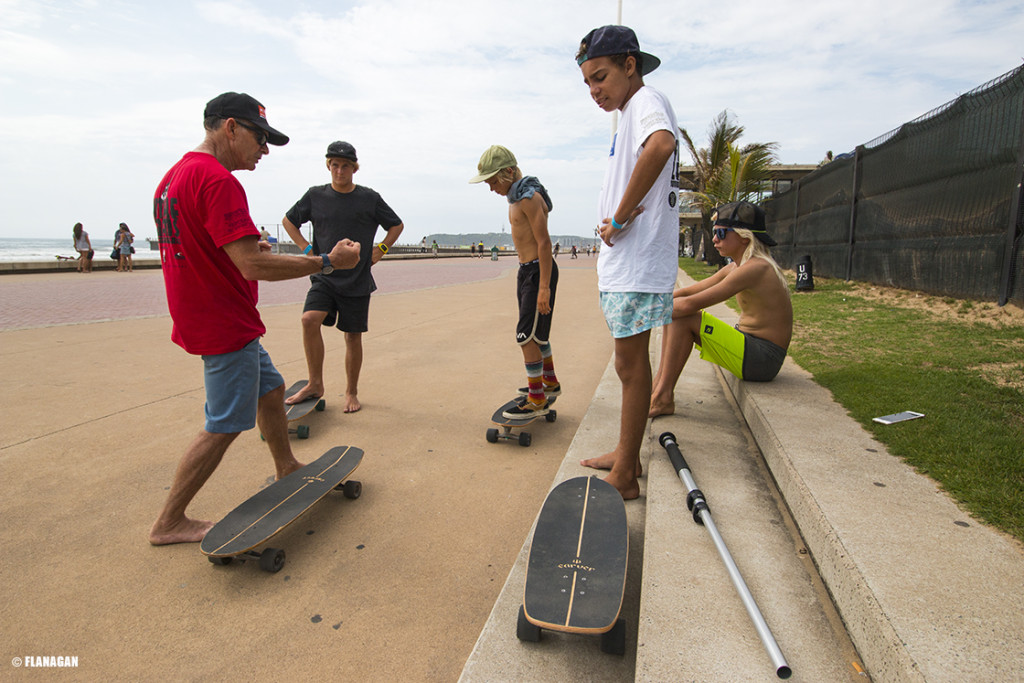 Carve boarding was part of the program. Spider Murphy at the helm. 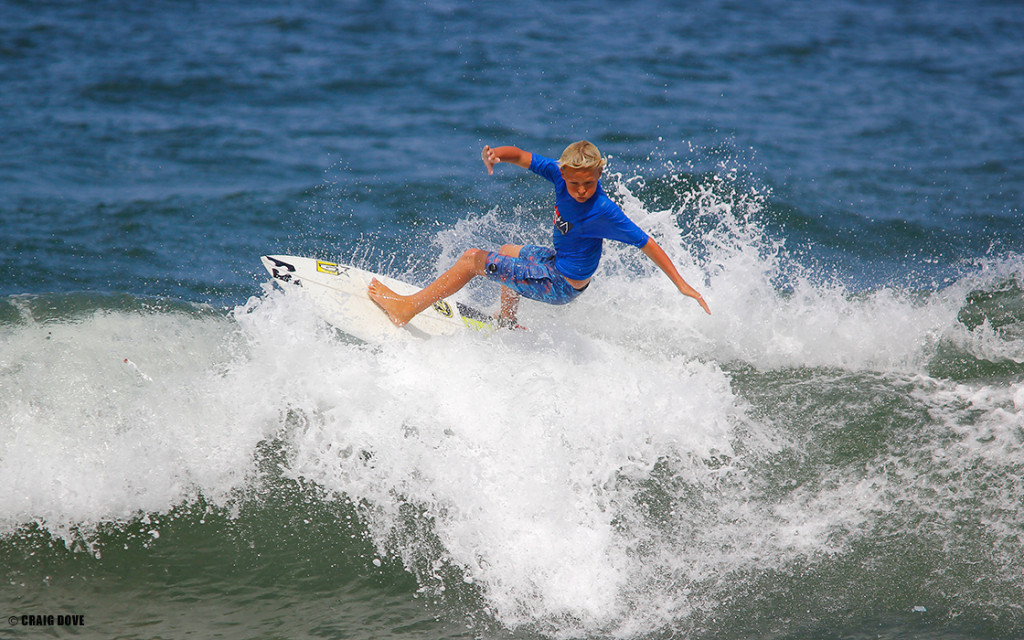 Kyle MacGregor, from Port Alfred, a finalist in the u13 division. 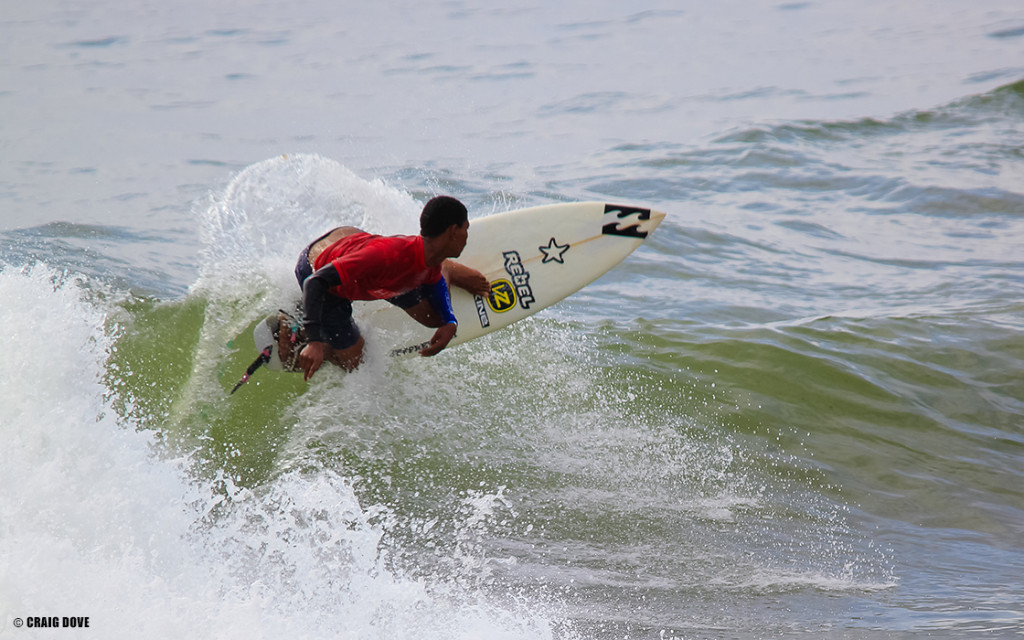 J-Bay’s Angelo Faulkner didn’t make the u 16 final, but showed some slick moves above the lip. 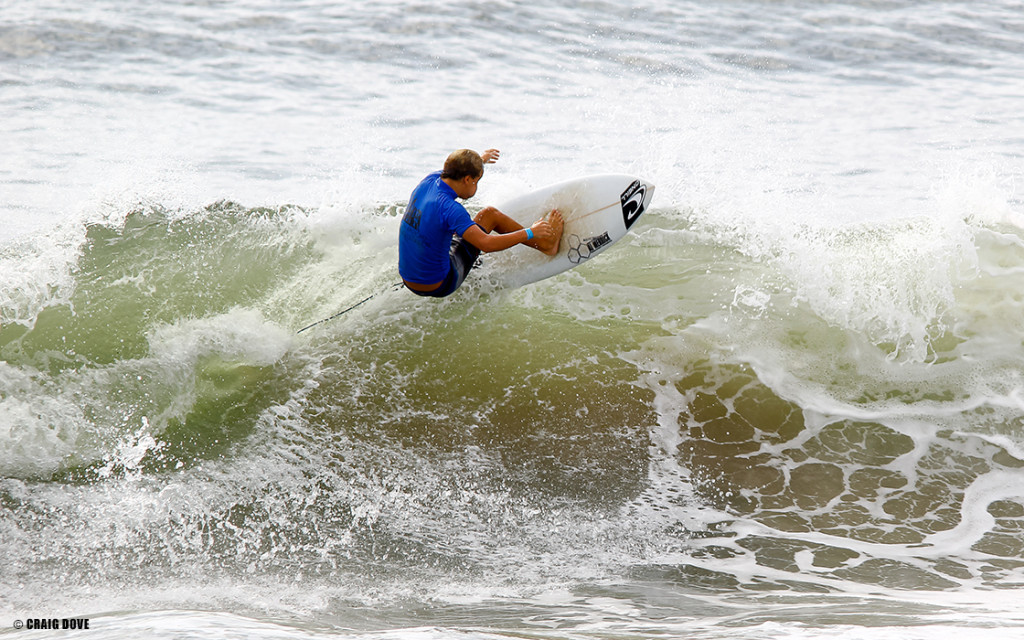 Jared Hook finding a chunky section for some expression. 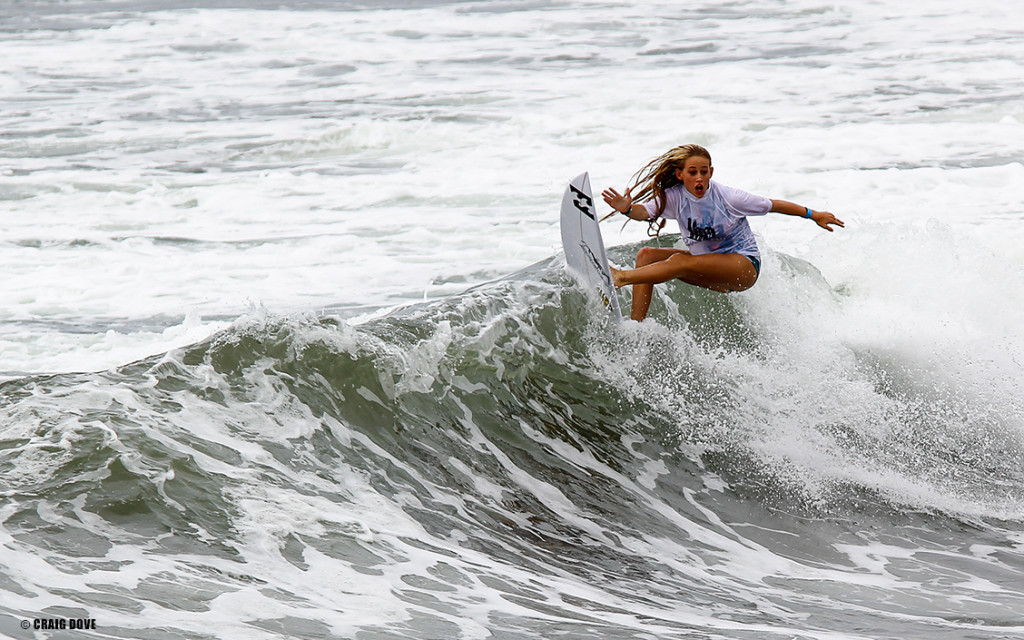 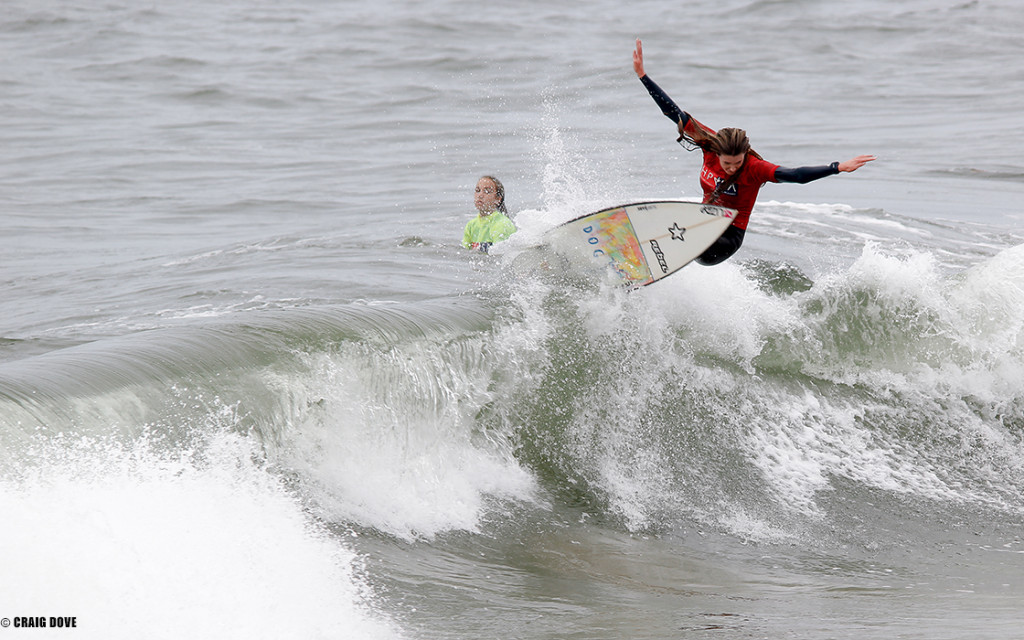 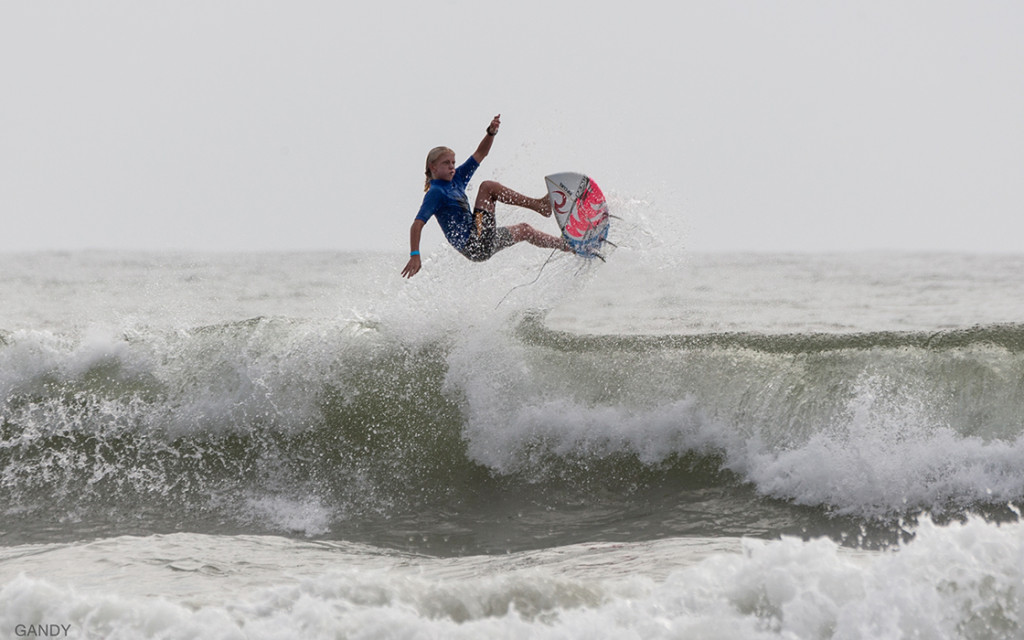