On the 7th of June a gala diner was held in Manly Beach in Sydney to celebrate the fiftieth anniversary of the first official Surfing World Titles that were held at that famous break. This last Saturday morning, Max Wetteland, South Africa’s lone participant at the event is on the beach in Durban. His phone rings and it’s Midget Farrelly, the winner of the event back in ’64. “So where are you, Max? The diner is about to start.” asked a jesting Midget. The two surfing pioneers met in the quarter finals of the famous event, Max called Midget onto a wave. The wave helped get Midget through the heat and the gesture sparked a life long friendship. 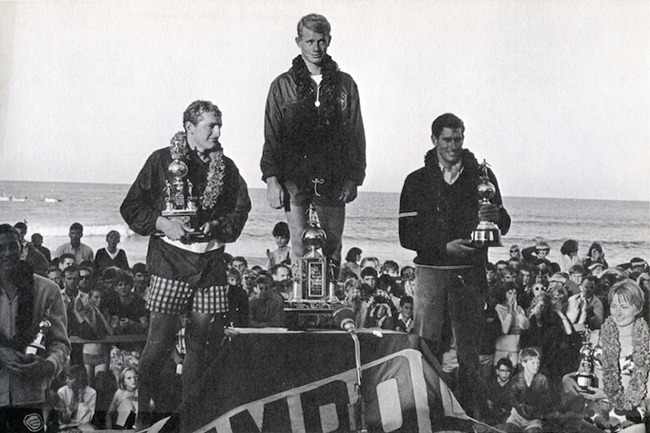 In a final Midget beat a very strong field that included such magic names as (the late) Bobby Brown, Mick Dooley, Joey Cabell, Mike Doyle and LJ Richards of America. Superstars of the day.Functional surfing as apposed to hotdogging was in vogue and much in the style of Phil Edwards, the nineteen year old Midget beat the favourite Joey Cabell into third place.

The event was a massive turning point for international competitive surfing. Up until then the premier international event was held at Makaha, which Midget won in 1963. So to, once and for all, determine who the best surfer in the world was, the Australian Surfing Association with the help of movie maker Bob Evan, Manly Beach and Ampol (the sponsor) put on the inaugural World event at the North Sydney beach.

France, South Africa, England, Peru and New Zealand were invited to send their best surfer to the event to join a horde of Aussies that had pre-qualified to compete. The rest is history.

Pictured Below is Max and Midget shaking hands after their quarter final heat. Below that is the letter to Harry Bold (Surfer magazine distributor for South Africa and the only South African in touch with anyone in international surfing at the time) from the Australian Surfing Association asking for the attendance of the SA national champion at the 1964 World Championships. 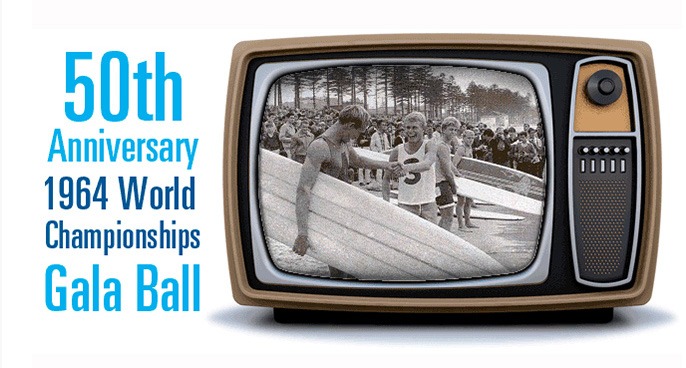 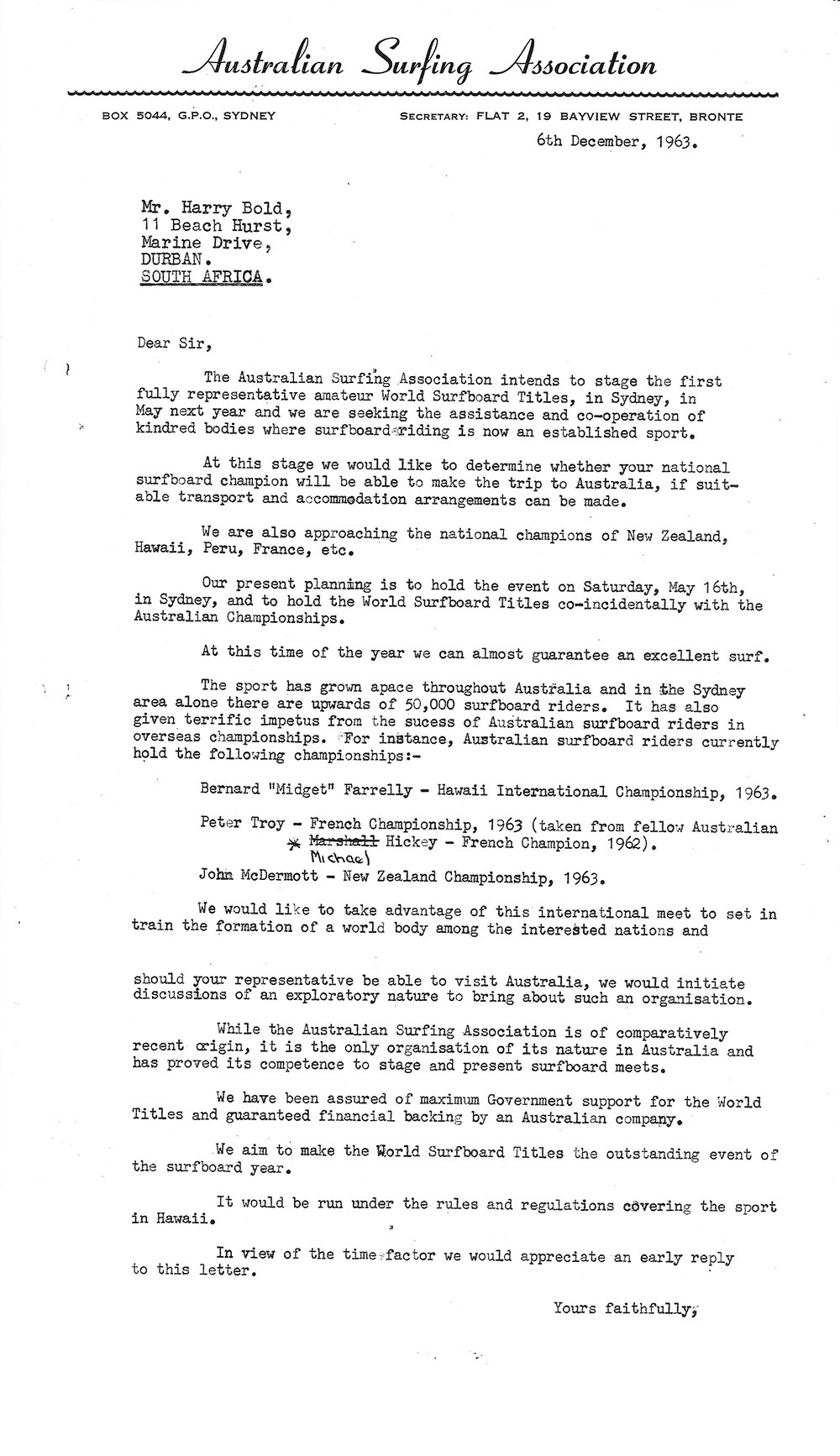