“Camera-friendly pro surfer from Warner Beach, South Africa. Oberholzer was born (1972) in Port Elizabeth, raised in Warner Beach, south of Durban, and began riding waves at age nine on a discarded ironing board. He proved to be a surfer of rare talent, with only a passing interest—and virtually no skill—in organized competition.

In 1991 the amiable and somewhat aimless regular footer signed a four-year contract with Rip Curl International (later extending for another six years) to be photographed and filmed at exotic surfing locations around the world; through the early and mid-’90s he was protégé to three-time world champion Tom Curren of California.

As a condition of his Rip Curl agreement, Oberholzer was not permitted to enter surf contests. The handsome longhaired surfer traveled often with Curren, further developed a technique based on equal parts grace, power, and flash, and was featured in more than a dozen surf videos throughout the ’90s, including The Search (1992), Beyond the Boundaries (1994), and Tripping the Planet (1996).”

FRANKIE WAITED FOR NEARLY AN HOUR FOR THIS BOMB.

Frankie along with Mike Roscoe and Gordon Turnbull were the hottest property around in the late eighties and the early nineties. All grew up surfing Warners Beach, a sleepy beach village just south of Amanzimtoti on the South Coast of KZN. Frankie went on to bigger thing while the other two have somewhat fallen away from surfing.

Derek Hynd first alerted me about Frankie and Mike around 1985 when they were groms and one August morning we headed south for a photo session. By the time we arrived the north easter was already on it and even though it was pretty unruffled, a raw knurly groundswell was washing through the point, making it sketchy for a pair of fourteen year olds. Or so I thought. After a half hour, once they’d sussed it out (their first time out at that break in the empty lineup),I could see that growing up on the South Coast is a big advantage when you’re a grom.

The photos weren’t memorable, too much brown haze, but that session stood out for me. Roscoe was super fast but the power lay in Frankie’s hands. 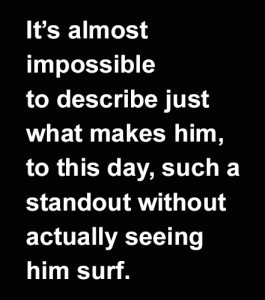 His unremarkable contest record (666th in 2012) means nothing. Zero. Nada. His spirit and his extreme talent are what made him the most significant surfer to emanate from these shores since Pottz in that time.  Beside the obvious, it’s almost impossible to describe just what it is that makes him, to this day, such a standout without actually seeing him surf. It’s a sublime collection of parts that set him aside. I’ve watched a clip from the Search of Frankie in Mozam so many times that if it were on a video tape it would have stretched to beyond the moon.

One hazy Friday morning at the New Pier in 2008, Frankie paddled out and sat in a heaving, maxed out, full power and very thinly populated line-up and waited for that one wave. The odds on offer – Maybe one in twenty against making a barrel and not getting caught up in the idiotic wash between the piers. Frankie waited and waited. After forty minutes he jumped on one that held open and rode it with such authority and nonchalance that left all who saw it slack jaw.

The Search was a revelaltion. Frankie and his old mate Curren hung their hats on the free surfer dream. Many followed but no-one really nailed it like they did. What a spectacle, it all felt so real and understated. Essential. They revisited it a few years back. Take a look.

We’ll never really know what impact Frankie had on Curren’s surfing but I’d venture a guess that it was significant.

Needless to say that a quiet life of fishing, surfing and shaping are central to his existence on the South Coast. Come Autumn, he’ll be carousing the breaks to the south, finding the deepest pits and wringing the neck of every lip. He’ll still knock the socks off many of those younger talented worriors from further north of the Amazimtoti city limits, especially when its grinding.

I doubt that there’s anyone I know who doesn’t dig Frankie and his surfing. When he ventures to the down town beaches in Durban a hundred howzits are met with a smile, . Always that smile.

That’s the first half of the Oberholzer story. Koby is already acknowledged as a hugely talented junior who emulates his dad in so many ways. Frankie reckons the kid is already better that his ballie.  If he is, we’re in for a hell of a ride.

KOBY WAS SELECTED FOR THE 2016 SA JUNIOR TEAM TO COMPETE IN THE ISA WORLD JUNIOR CHAMPS. 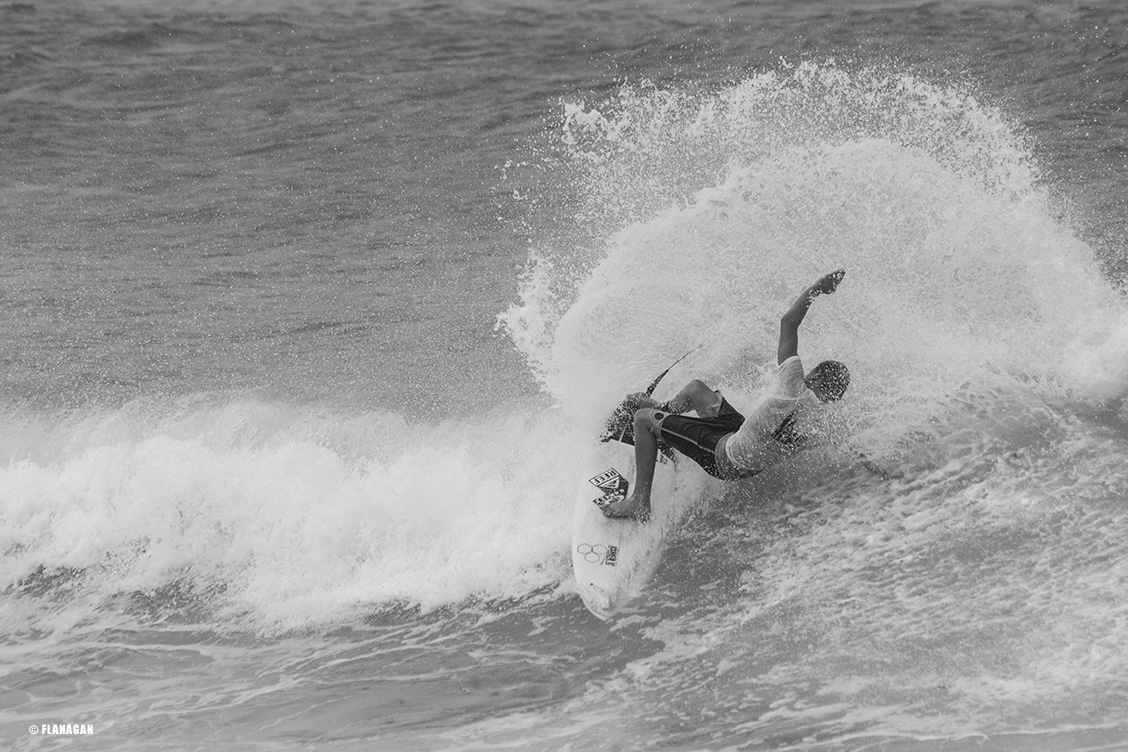