It’s never an easy decision picking a team to represent South Africa at an international surfing event, because Mzansi is literally loaded with surfing talent. But team sizes are set for ISA events and only 12 of the best can go on to represent their country at the ISA World Junior Surfing Games. 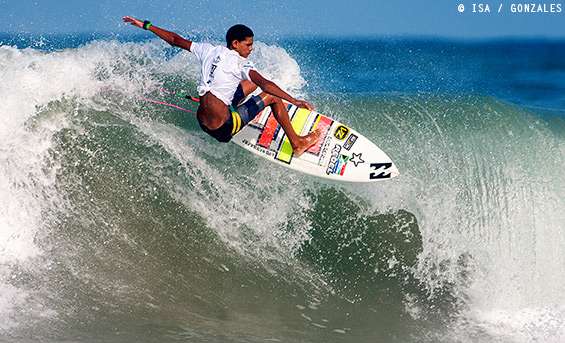 Joshe Faulkner was a standout at the 2014 ISA World Junior Surfing Games in Ecuador.

Following three days of trials down the KZN South Coast during which time 28 of SA’s brightest young surfing talents had a chance to show their stuff, the South African Junior Surfing Team has been chosen. They are: 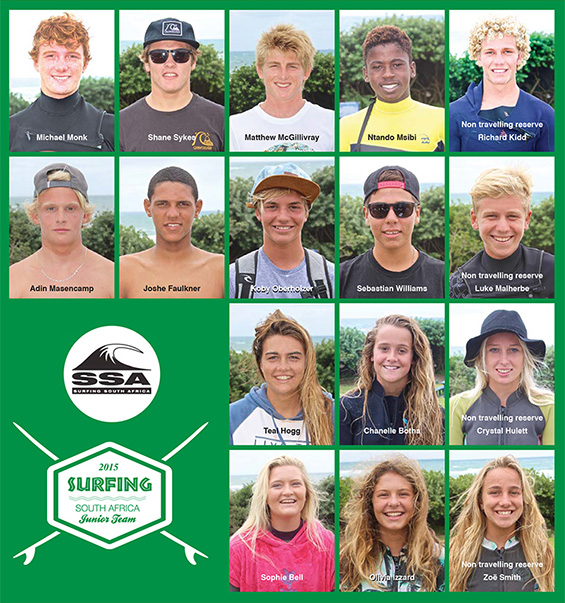 This year’s ISA World Surfing Games take place in California from 11 – 18 October, and we’ll be showing our support as they battle it out to bring home the Gold.

Check out the press release below for more details.

The event is scheduled to take place at Oceanside in California, USA from October 11th to 18th.

The team is made up of four Under 18 and four Under 16 Boys and two Under 18 and two Under 16 Girls with a non travelling reserve selected in each of the divisions. The 2015 SA Junior Team was selected from the SA Junior Squad who spent three days at an intense selection camp in Southern KZN last weekend. The camp was made possible thanks to support from the SA Surfing Legends, who not only sponsored the flights and travel for the participants, but also arranged vans through AVIS and accommodation at the Desroches Hotel in Margate. In addition a large contingent of SA Surfing Legends attended the camp to watch the juniors in action.

The four Under 18 Boys are current SA Under 17 champion and new cap Michael Monk of East London, experienced campaigner Shane Sykes of Salt Rock, a three cap veteran, former SA Under 17 Champion, Matthew McGillivray of Jeffreys Bay and 2015 ISA Scholarship recipient, Ntando Msibi of Durban. Both McGillivray and Msibi win their second caps. Richard Kidd of Ballito is the non travelling reserve for this group.

2014 South African Under 15 Champion, Adin Masencamp of the Strand, earns a second cap in the Under 16 division as does another ISA Scholarship recipient, Joshe Faulkner of Jeffrey’s Bay. Faulkner’s 6th place in Ecuador last year was the highest by a South African at the 2014 ISA World Junior Championships. New caps Koby Oberholzer of Warner Beach and Sebastian Williams of Jeffreys Bay are the other two Under 16 surfers in the team while Luke Malherbe of East London is the non travelling reserve.

The ISA Junior World Championship will be held in Southern California in October. The selection camp for the South African team was held during the weekend that straddled January and February. For three days, 18 boys and 10 girls in both the under 18 and under 16 divisions surfed a bunch of heats at Trafalgar on the KZN South Coast to determine who will make the team. The arduous format tested their endurance and also gave the squad ample chances in the water to stake their claim.

Trafalgar produced a variety of waves on which contestants could showcase their moves. The general consensus is that the next generation of South Africa’s stars is an exciting and high calibre bunch of future stars. We can’t wait for the team to be announced.

With the spactacular support of Gavin Varejes, The South African Surfing Legends hosted the event, providing airfares, accommodation and meals for the whole party. Avis Car Rental, graciously the ground transport with four brand new Hyundai H-1’s without which the group would have been grounded. All the kids felt like rock stars.  A massive thanks to Gavin Varejes and Avis for making a truly memorable event possible. 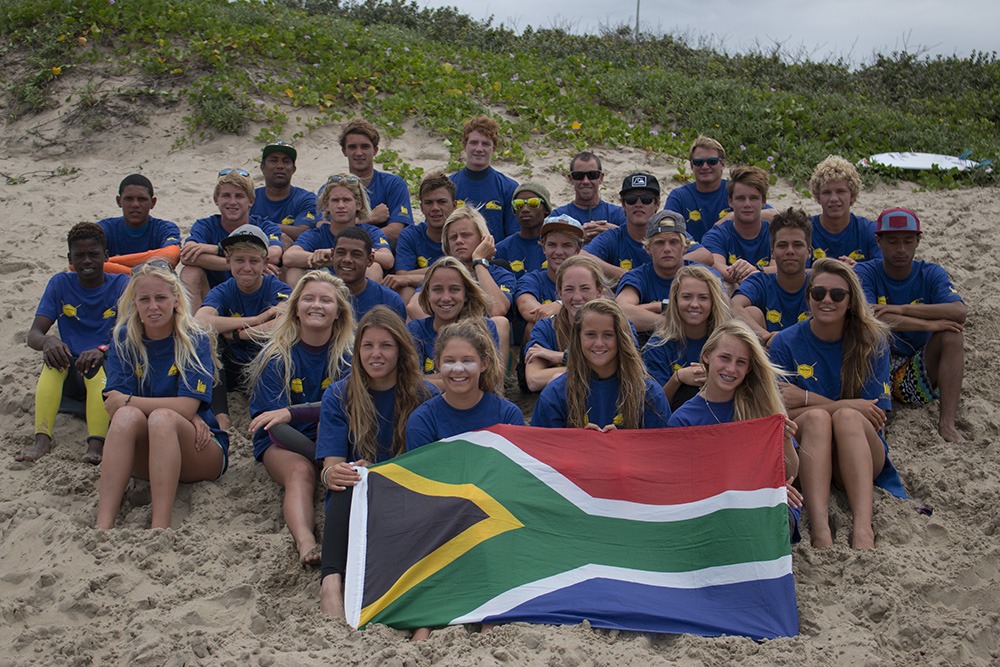 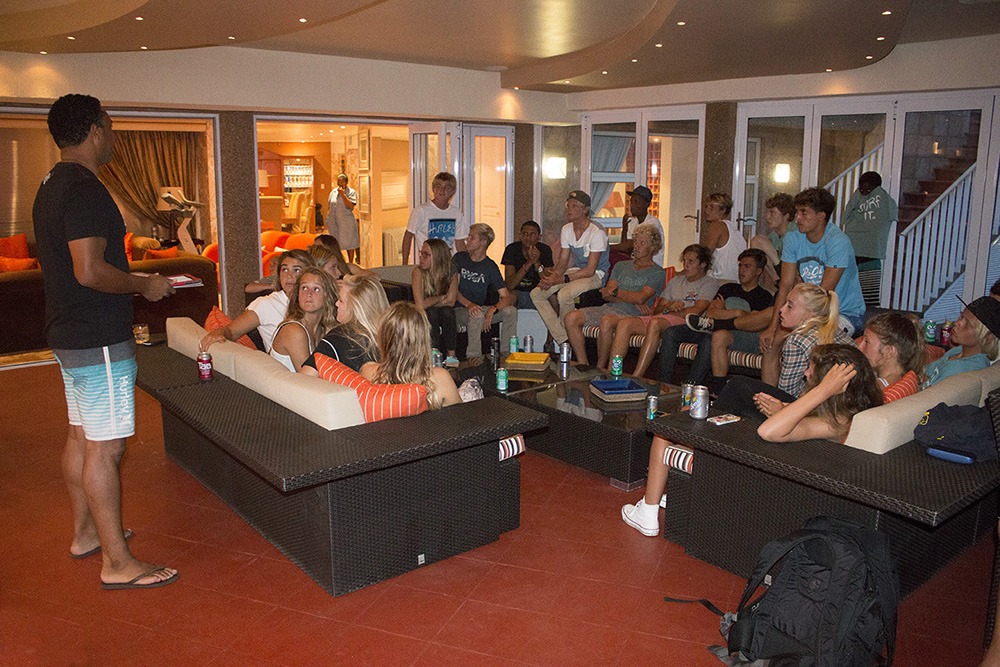 Team Manager Isaac February addressing the squad in at event HQ in Uvongo.

Pow wow at HQ. Graham Cormac talking about the Legends. 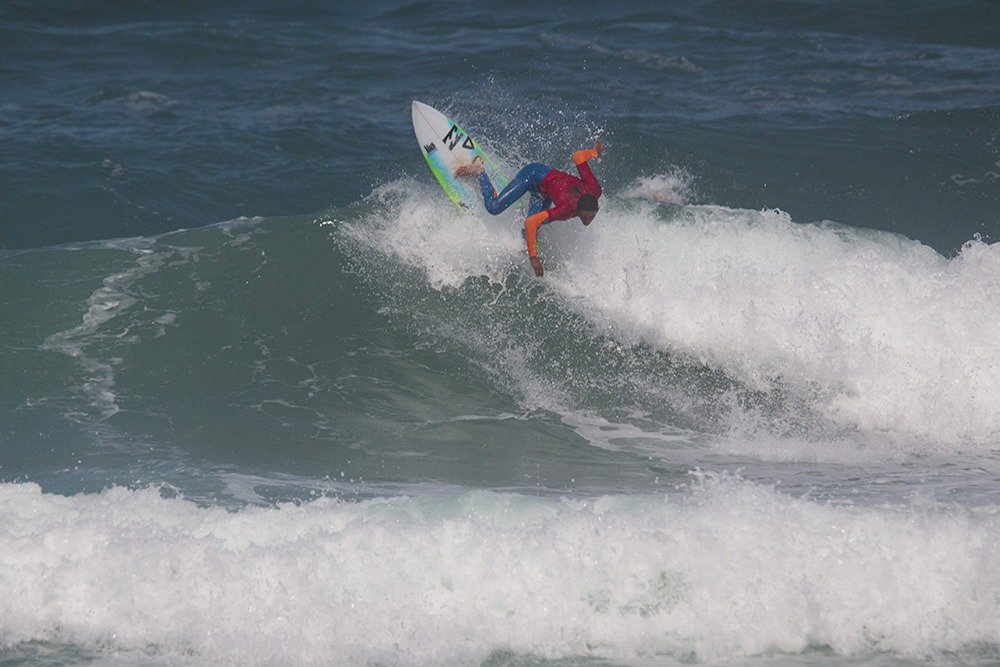 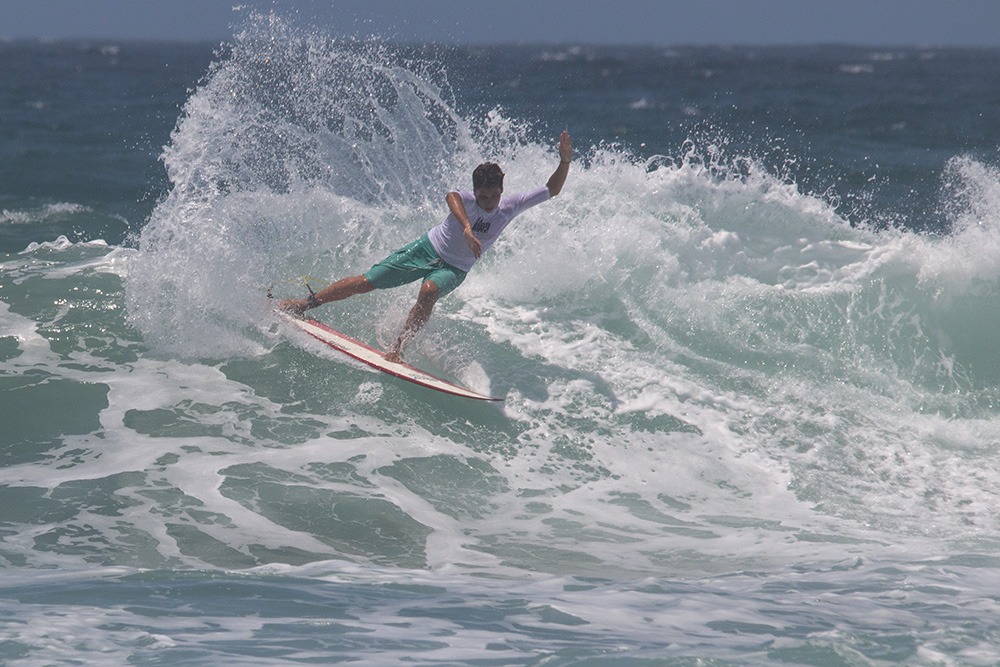 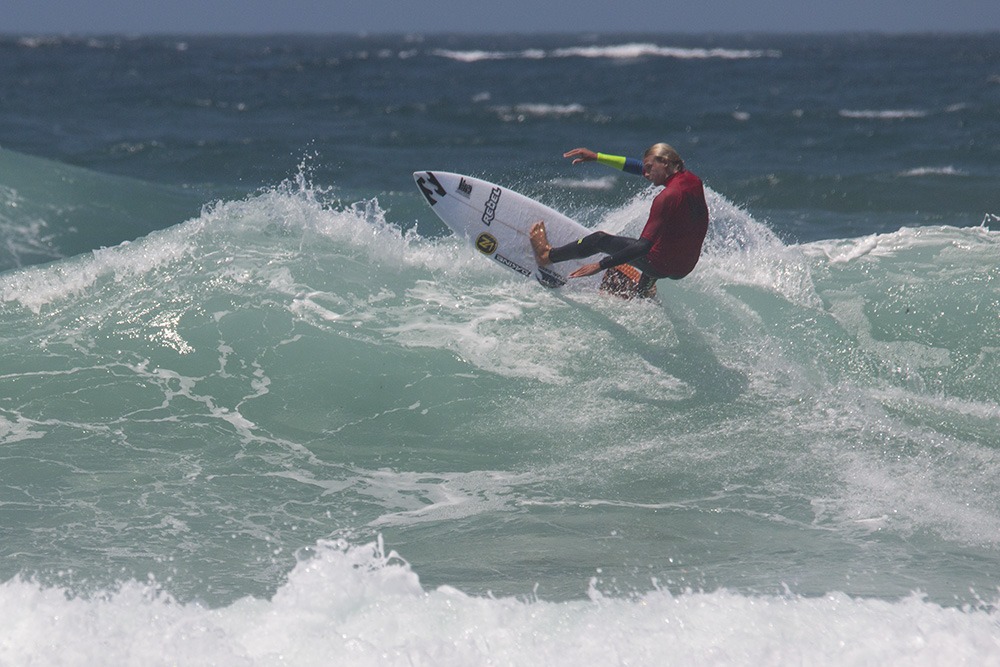 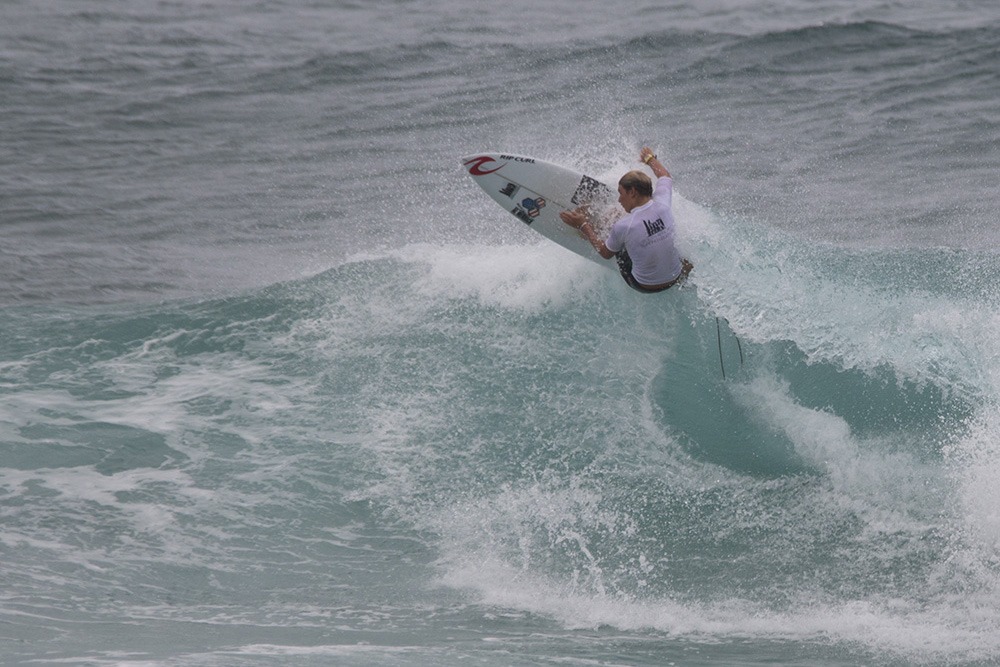 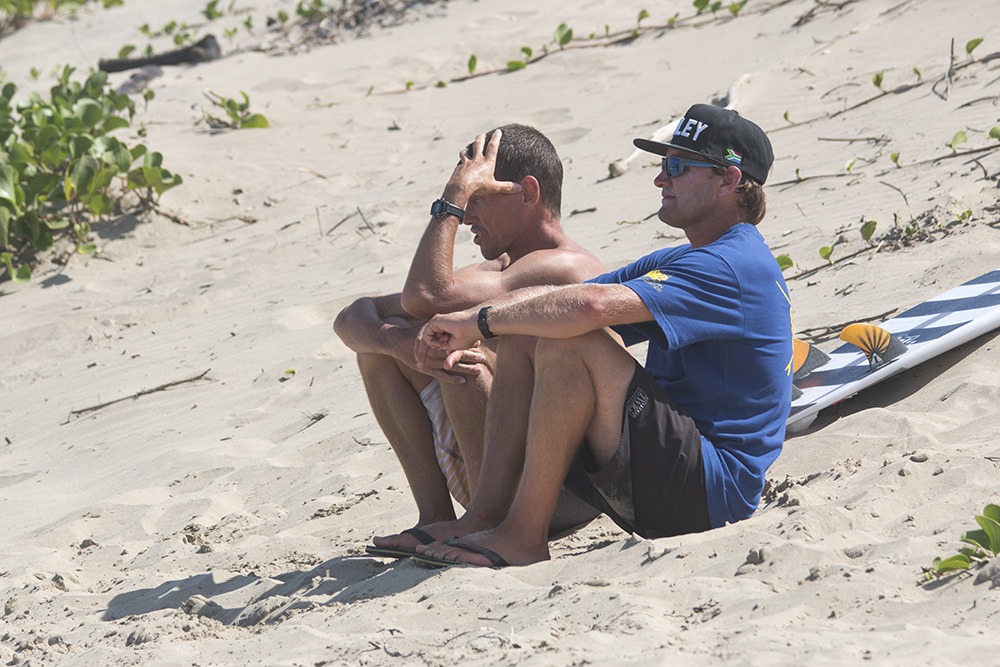 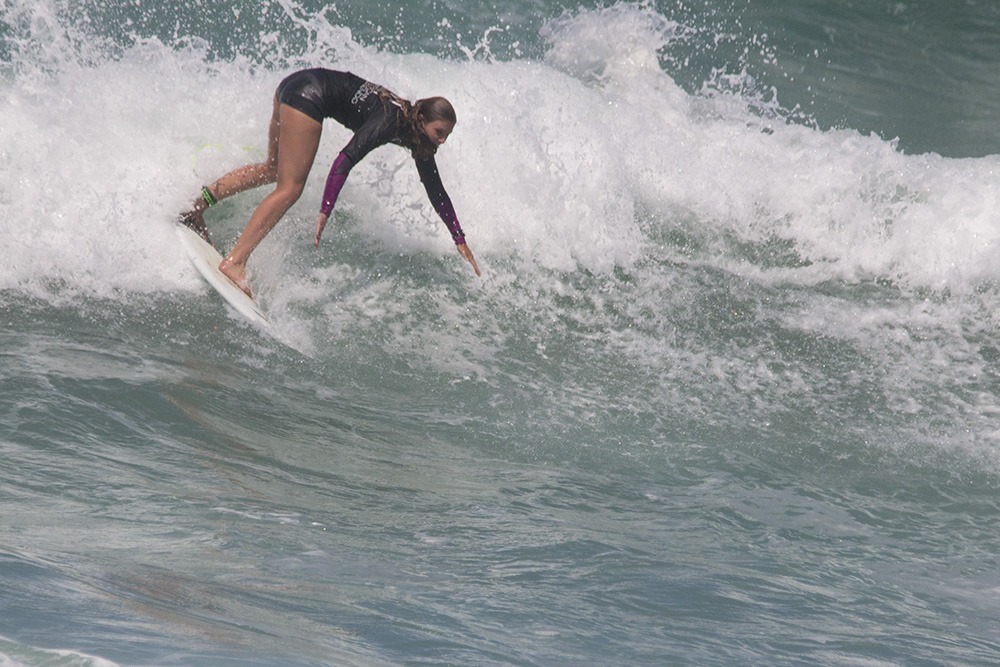 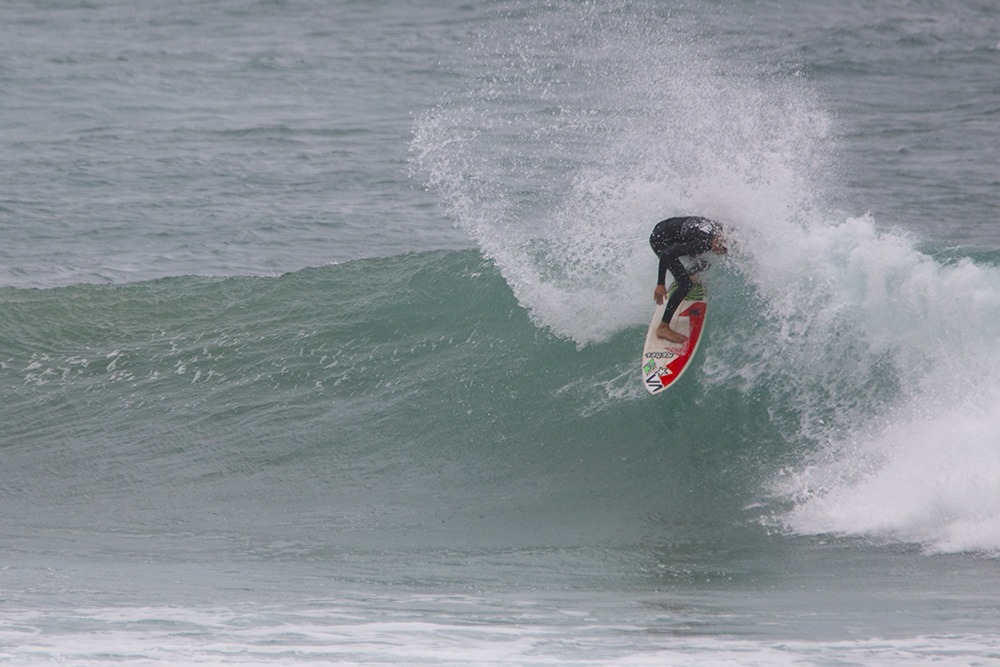 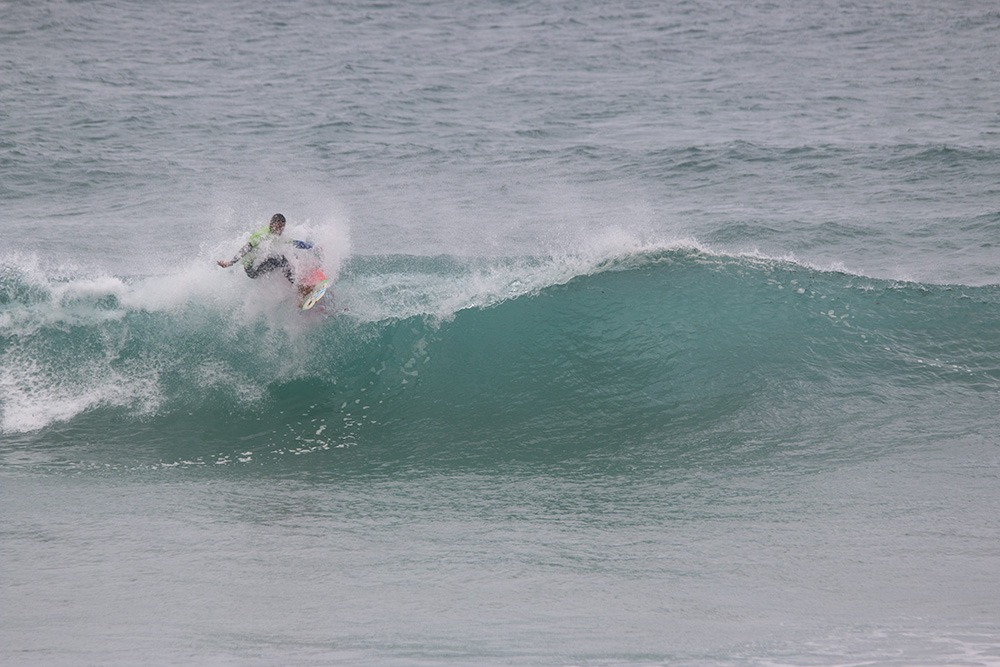 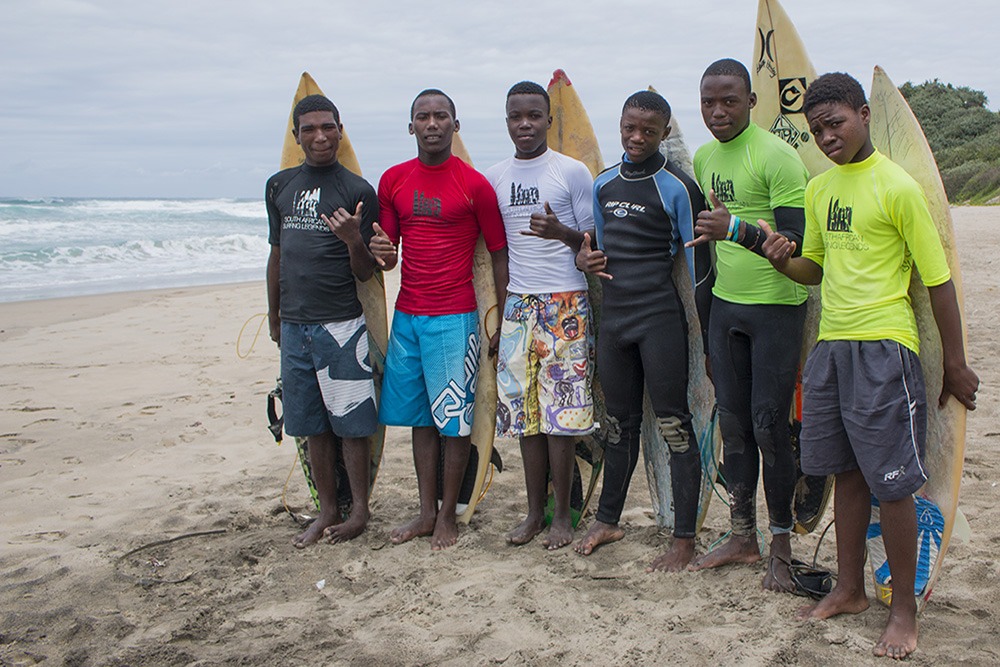 Trafalgar locals before the start of their heat. 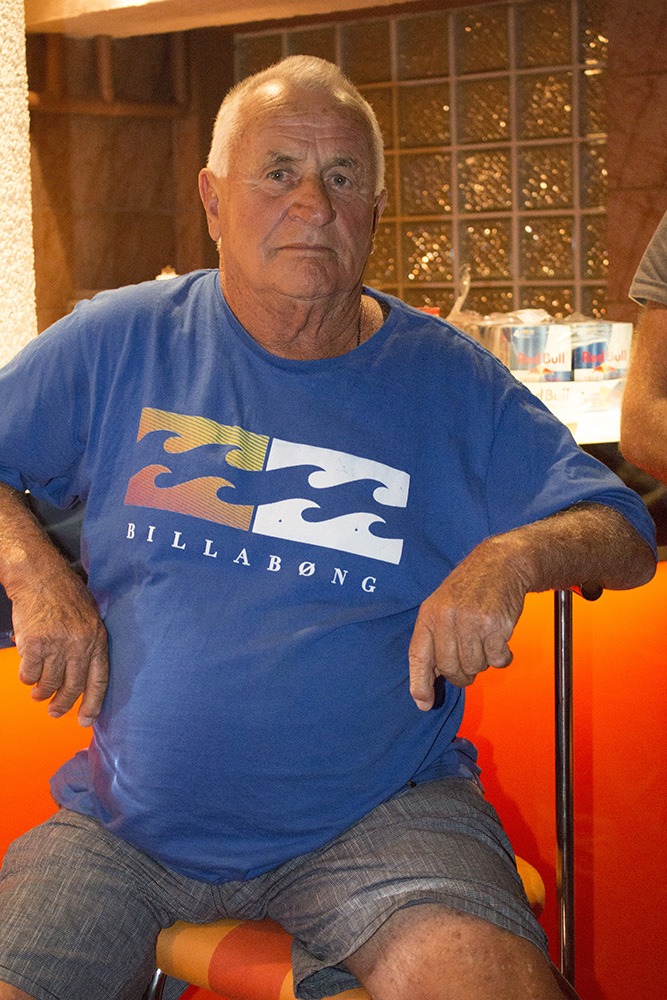 South Africa’s greatest ever surfing coach, Graham Hynes was on hand to help the group. 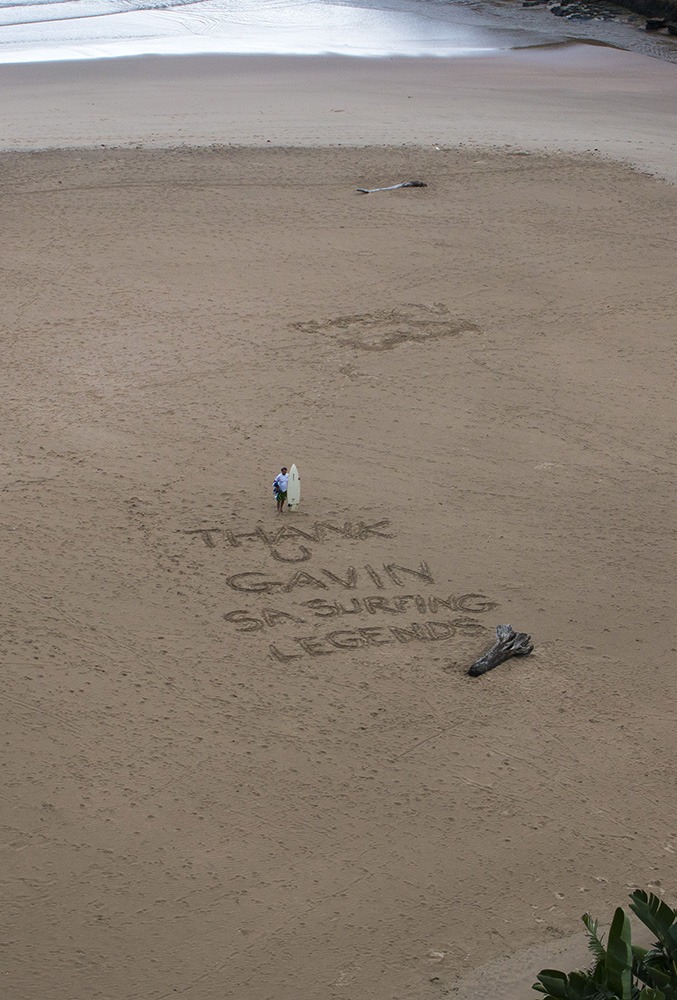 Thanks to Gavin Varejes for making this the most well supported and professionally run event ever.