Zig Zag in the Early Days

In the early eighties when Doug and Paul Naude ran Zig Zag, we shared an office/studio in Stanger Street. There would be a knock on the door and a well secured parcel would arrive, addressed to the Editor – Doug. Most days, he would get there late (unless it was close to deadline) so there the parcel would stand crying out “Open me, open me”. You see, I always knew that under all the copious packaging was ‘an about to be released’ album’ – but which one? I often itched to open one of them to find out but never fell prey to the temptation. I so envied his endless supply of the latest offerings from the world of rock and punk. 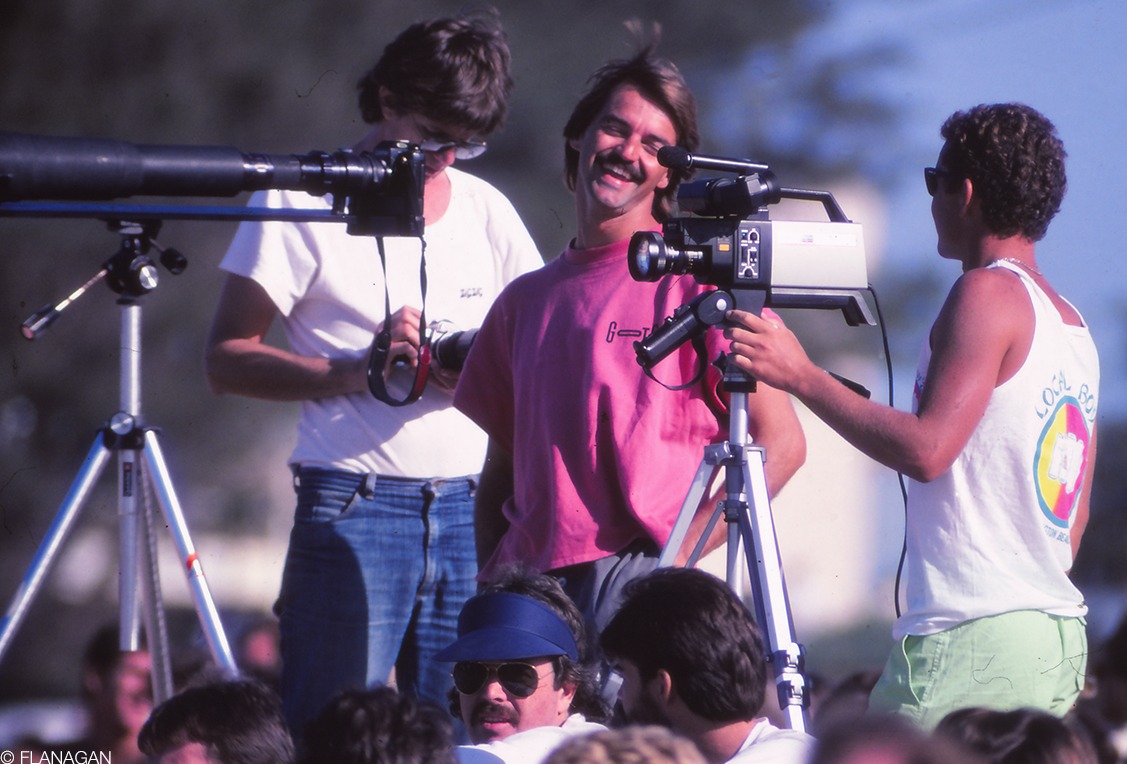 Back then Doug’s music reviews were important (thus the pile of LP records). During those years, popular youth culture was almost primarily represented by Zig Zag. Media that resonated with young people just did not exist. The magazine played an important role in the lives of surfers obviously, but even those on the fringes of the sport would be interested in the fashion/girls/music mix that it offered.

Although music was his passion, his ‘old school’, disciplined professionalism kept the magazine on the straight and narrow. The editorial content and the production values were in good hands. I learned about correct typography and terms like ‘gallies’ and ‘gookies’.

Deadlines were sacrosanct. I did up some ads for early issues and often there would be some unhappy moments for me when he would come into my studio and with all the blood drained from his face, give me a rocket about my less than acceptable adherence.

The time that Doug was editor was as important as any. The number of pages and also the number of colour pages increased. Layouts tightened up. The editorial mix, the geographic mix along with the ever increasing quality of the ads made it an exciting time. Gotcha and Instinct, Ripcurl and O’Neil recognised the value of punchy ad layouts. Doug was at the helm making it all happen.

I last saw Doug about two years ago. Besides the grey, he hasn’t changed a bit – probably due to a great resolve and the result of a clean Christian lifestyle. I tried to get hold of him recently, but he was away – in India working for his church, with more than likely the same passion and commitment with which he edited ZZ.