The 1966 South African Champion, Robert MacWade won that great event at Ansteys Beach in possibly the biggest waves in the champs history.

After going over the falls (clutching his board, way before leashes made their appearance) he went on to totally dominate on that historic Saturday afternoon in July. In that event, scores were accumulated so when the finals were held at the Wedge in lazy glassy waves on a warm Sunday morning, virtually all he had to do was pitch. That earned him a place in the Springbok team that went to the World Title in San Diego in October that year. It also earned him a place in South African Surflore.

He came back to Durban and Max Wetteland afforded him the honour of creating a ‘nose rider’ signature model. That Wetteland team was brimming with talent. Robert, Ant van der Hewel, Max, Wowie Plater, Erroll Hickman, Ginz, PD and Garnett Curry (Skateboarder) enjoyed bonafide celebrity surfer status at a time when surfing was breaking out all over South Africa.

In 1970 he took to the road – first to Europe then Hawaii where he rode Waimea Bay on a 7’2″ when everyone else was on boards in the ten foot range. In today’s world, those sessions would be all over social media and a definite entry on the XXL page. Like French Fredericks and Max Wetteland, Robert (Baby Scales as he was known in those days) is a product of Pirates Lifesaving Club. 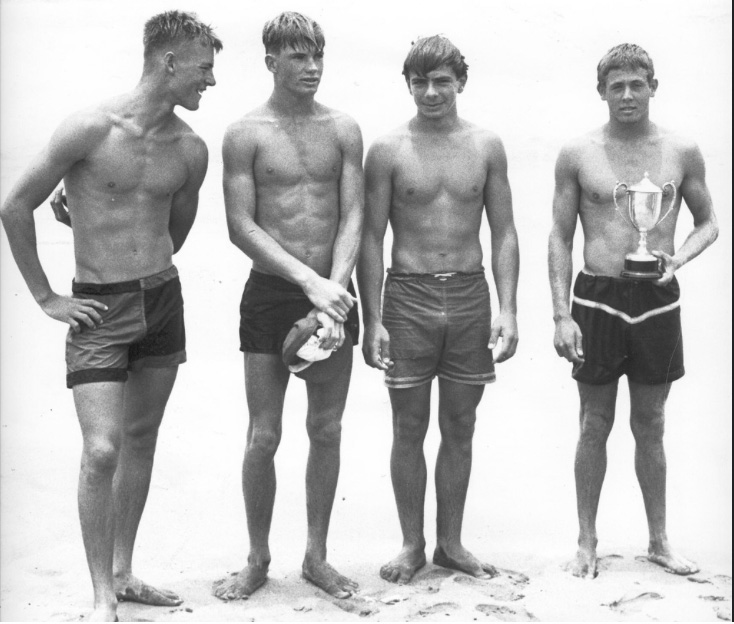 His travels have taken him everywhere from the Commores were he worked as a resort electrician to islands all around the Indian and the Pacific Oceans. 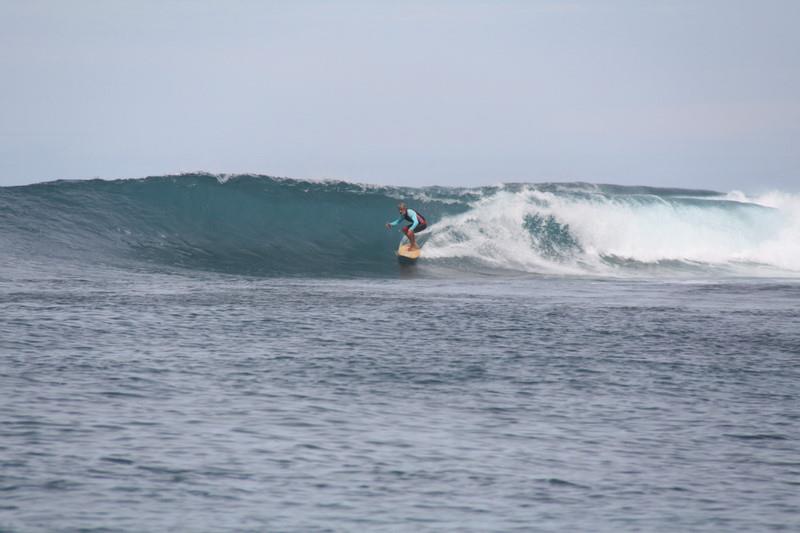 Robert McWade still surfs every chance he gets. Here he is at a recently finding of one of those deserted Indo reefs that he is forever chasing. Photo courtesy of Wendy Arderne.

Having just turned seventy, Robert and his partner Wendy are presently cruising two up on a yacht on a trip that has taken them from Africa through Indo and the Pacific to Queensland. 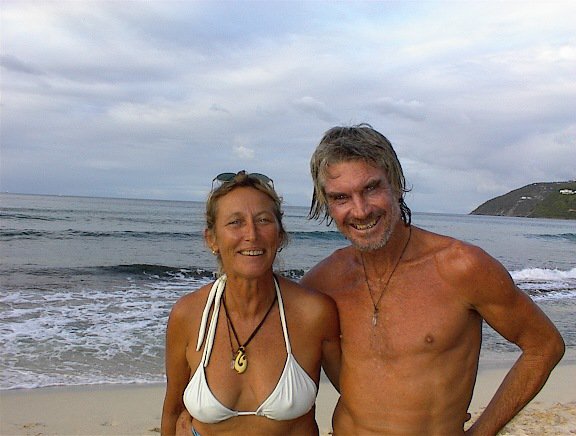 Wendy and Robert are presently sailing the oceans of the world on the endless search for perfect uncrowded waves. Photo Courtesy of Wendy Arderne.

His laid-back attitude only changes when he talks surfing. Then his piercing blue eyes come alive with passion and expression. Thousands of surfers shackled to desk everywhere must covet a lifestyle totally hooked up to decade after decade of surfing and surf travel.

Without doubt, Robert is one of the iconic South African big wave giants and if he was forty years younger he’d be challenging the world’s best in that arena.