Raymond Robertson in the first Hot 100

In the October 82 issue of Surfer magazine the first ‘Hot 100’ list was compiled. It featured the likes of Richard Cram, Mike Burness, 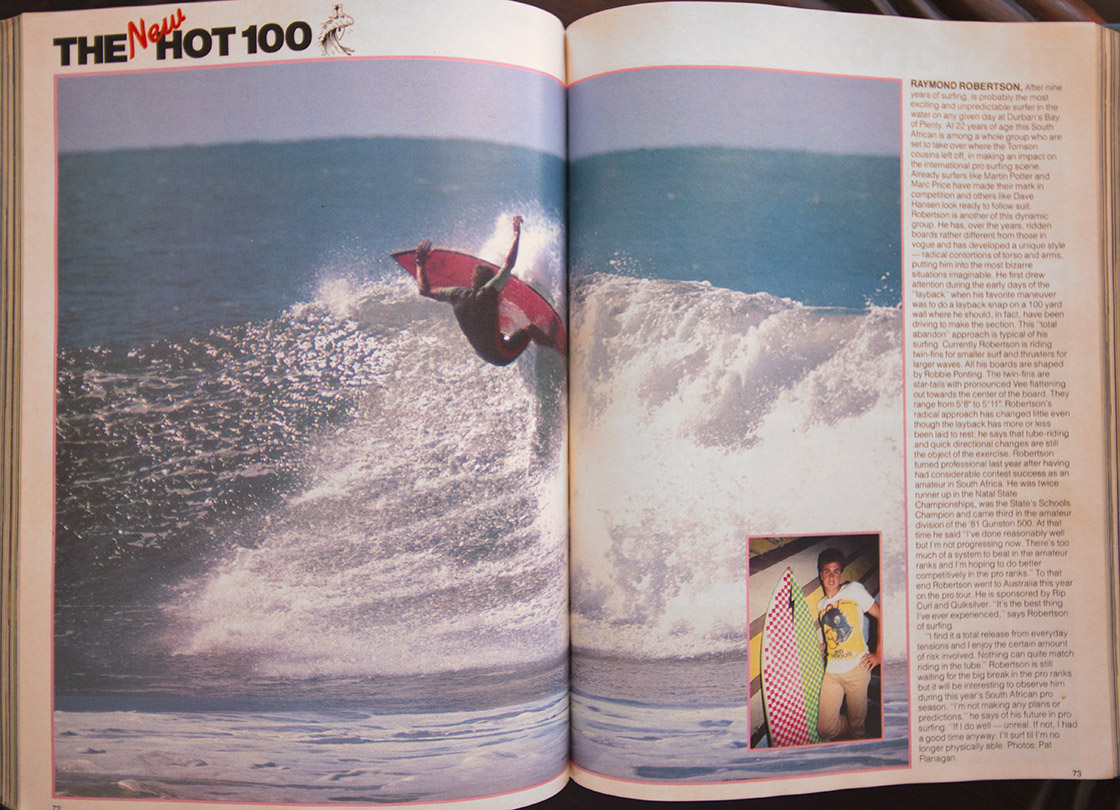 Only two Saffas made it onto the initial Hot 100. Mike Burness and Ray Robertson.

Quoting Surfer: “Raymond, after nine years of surfing, is probably the most exciting and unpredictable surfer in the water on any given day at Durban’s Bay of Plenty.”

In his early twenties his out there style was perfectly suited his ’City Punk’ attitude. Progressive, avant guard, surfing on a pink and green and white checkered Bolt twin fins – his lay-backs his signature move.

Raymond in those helicon days epitomised uber cool. His co-pirate was Hilton Wade another of those ‘left field’ personalities that originated at the Bay. His rivals were Potter, Savage, Burness, Hansen and Price. In his surfing you could see that ‘couldn’t give a damn’ influence of Buttons and Liddell and like those two, was also a demon tube junkie.

RR’s record as an amateur surfer was moderately good but he didn’t gel in that environment so in 81 he turned pro and went to compete in Oz. Unlike others, Ray didn’t dive headfirst into pro surfing, deciding to rather keep his options open. “I’m not making any plans or prediction” – he said at the time of the interview in Surfer; “If I do well…. unreal, if not, I had a good time anyway, I’ll just keep surfing till I’m no longer physically able ”

Raymond moved on. Appropriately, for such a natty dresser, he got into the rag trade where he worked for decades with major international brands like Gotcha and Billabong. Nowadays he lives in Cape Town still plying his talents in that sphere and still surfs whenever he can find the time away from the cut and thrust of business. In the golden era of South African surfing, when talent was so abundant that many gifted surfers of the period went unnoticed, Raymond was a major standout. His style, his ‘new wave’ philosophy was refreshing and distinctive.

Never boring in a time when ‘three to the beach’ was the criteria, this true South African surfing legend purposely looked for attention but also rewarded the viewer on the beach or in the water with a ‘show’ to remember. 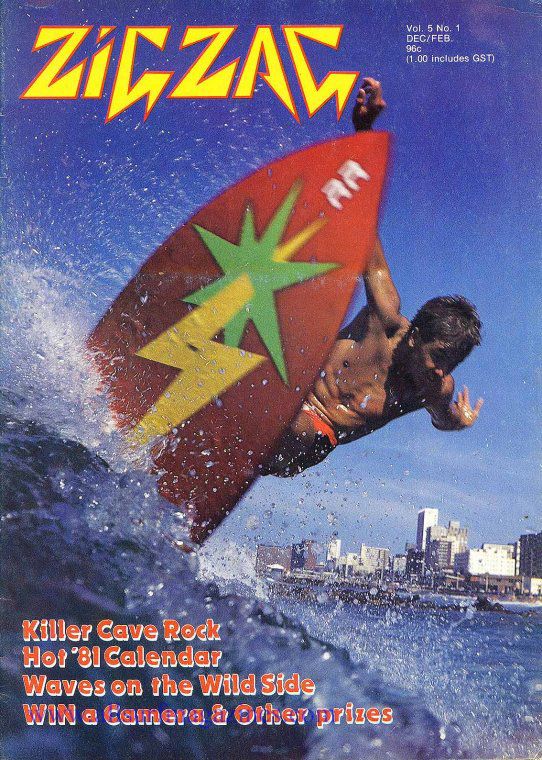