The Fabled Bay of Plenty

A place where history was made

Long before the New Pier  was even a glint in some City Engineer’s eye, the Bay fulfilled every expectation, ticking every box as the premier surfing venue in Durban. Those winding right hand barrels not only provided the arena for the most prestigious event in this countries competitive history, namely the Gunston 500, but also spawned a generation of surfers who made a monumental impact on global surfing. Names straight out of the history book of surfing like Shaun Tomson his cousin Michael, Paul Naude, Martin Potter, Bruce Jackson, Mike Larmont, Ray Robertson, Chris Knutsen, Wayne Shaw, Mike Savage, Mike Burness, Craig Simms – all great surfers who cut their teeth out at the famous stretch of water and then went on to make their individual marks internationally at every imaginable level in the sport and the industry. 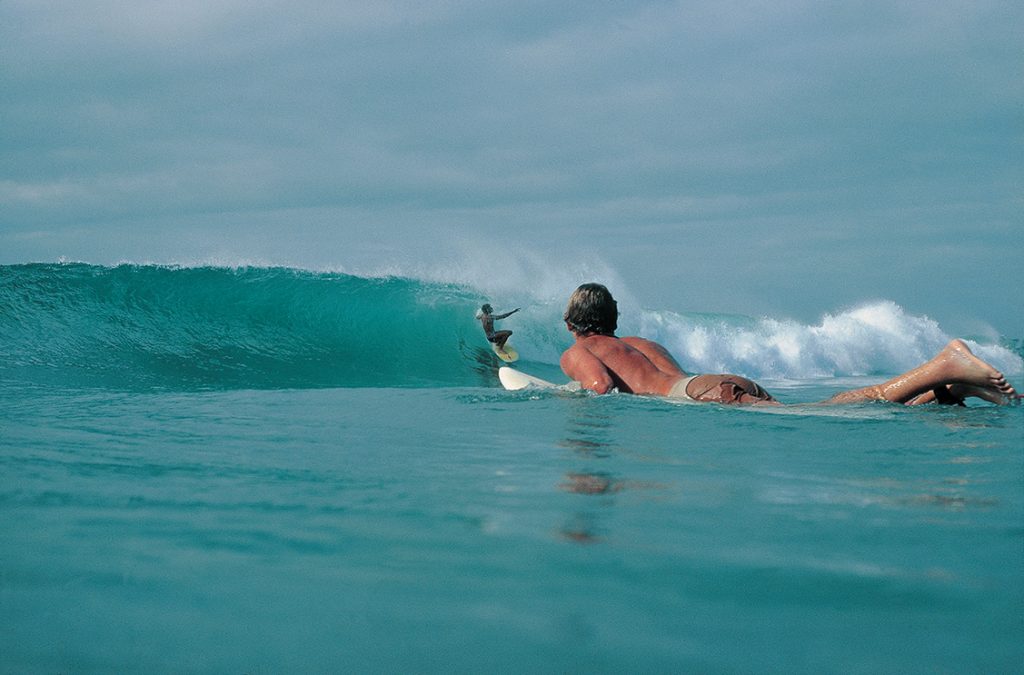 The hierarchy was exceptionally well defined. There was always an edge out there when the waves rolled across the rock hard sand bank. It was a tough school. A place where reputations were earned by sitting deeper than everyone else and never pulling back, no matter how often you went over the falls, but also a place where groms were nurtured, encouraged and closely watched when it got a little rough around the fringes.

On this particular day in May 1981, next door North Beach was a grinding scary mess. The paddle out at the Bay required patience (no piers to jump from) strength of character and a lot of luck. The rip was so bad at low tide that Paul Maartens, out there to shoot water shots (one of the pioneers of water photography at the dreaded Cave Rock and a water man of note), was washed out to sea and eventually swam in half way to Battery Beach. I also witnessed first hand Chris Van Lennep getting devoured in front of the old rock pier pulling into an outrageous close-out.

But the Bay had other moods. A playful left that had its own exclusive club of goofy footers totally tuned into the very workable hightide  bowl. Even though the line-up was oversubscribed on most epic days, it would sometimes pump for five weeks in a row and then you could find yourself out there on a glassy, four foot low tide mid morning weekday, all by yourself or with a few mates enjoying the fact that everyone else was surfed out, or trying to restore their careers after a lengthy absence from work.

I have little doubt that the reason that the big hitters of this county’s surfing made such a mark on the North Shore in the 70’s and 80’s is testament to the power and frequency they had to deal with at the Bay of Plenty.

Like Kirra of old, there is often talk of a possible resurrection. With the construction work happening on all central piers, hope burns eternal. We’ll have to wait and see.

Photo taken appropriately from Raffles, party central, while the staff were cleaning out the mess from the night before.

by Pat Flanagan – appeared in Zig Zag in December 2013