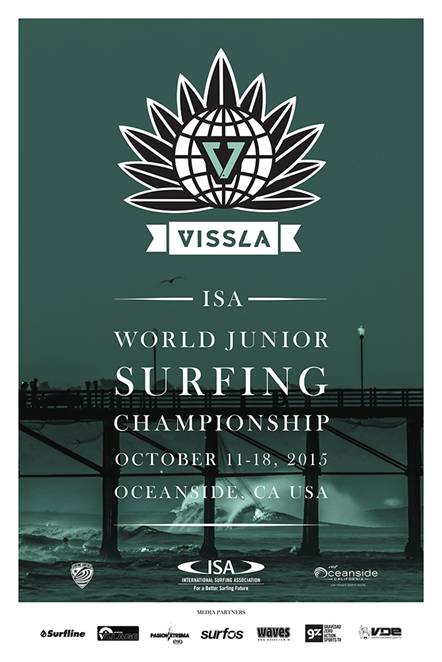 The team, which is made up of four U18 Boys, two Under 18 Girls, four Under 16 Boys and two Under 16 Girls, has been preparing for this event since February and after a string of successes in local events recently they depart full of confidence and determination.

Michael Monk of East London, Shane Sykes of Salt Rock, Ntando Msibi of Durban and Richard Kidd of Ballito are the Under 18 Boys while Teal Hogg of Umhlanga and Chanelle Botha of Warner Beach are the two Under 18 Girls in the team. Adin Masencamp of the Strand, Jeffreys Bay surfers Joshe Faulkner and Sebastian Williams and Luke Malherbe of East London are the Under 16 Boys group with Sophie Bell of Umdloti and Olivia Izzard of La Lucia the two Under 16 Girls in the side. Isaac February is the Team Manager, Greg Emslie is the Head Coach and Dave Malherbe is the Assistant Coach.

The Teams will gather for the Parade of Nations and  the traditional Sands of the World Ceremony on Saturday and the first rounds will start at 8am on Sunday morning.

The USA last hosted a World Junior Surfing Championships at Huntington Beach in 2005.

The annual tournament determines the World Junior Team Champions and medalists in the Under 18 Boys and Girls and Under 16 Boys and Girls divisions. The World Championships will be streamed live from the Parade of Nations up to and including the Final and results will be posted immediately. In order to follow the event live and check results and photos go to www.isasurf.org and click on Visla ISA World Junior Championships.