Towards the end of the Bay era and at the birth of the New Pier, Durban produced some outstanding performers, emulating the greats who came before. Wade Sharp, Jason Ribbink, Noel Rahme, Carl Roux along with the south coast’s Frankie ‘O’, Mike Roscoe, Greg Haste and Gordon Turnbull took South Africa out of the isolation era and put the country on the then quickly blossoming world stage. 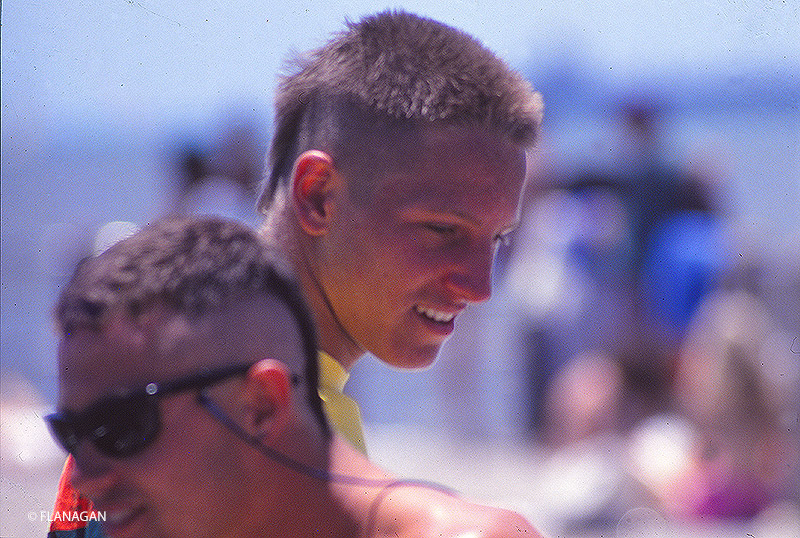 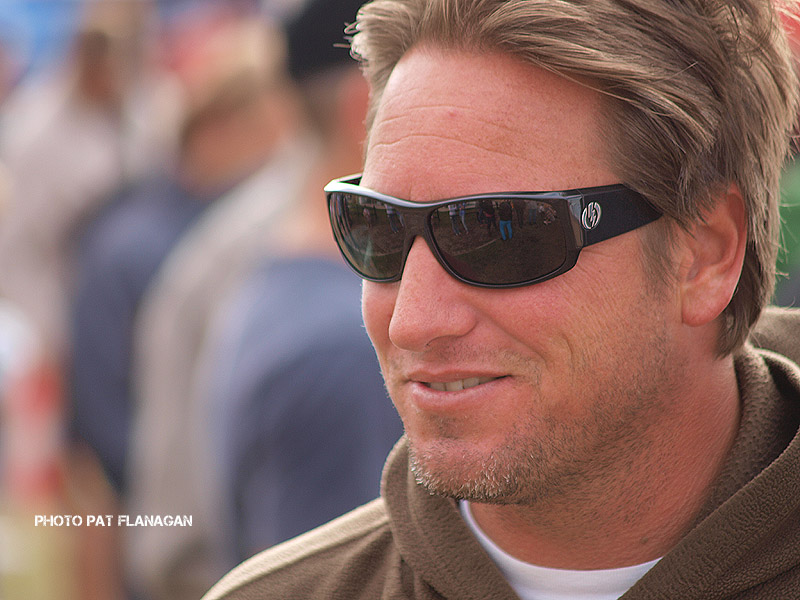 Wade Sharp was a standout in that era, recognized for his high class surfing. He moved from being a successful junior champion in KZN, right onto the ASP tour, spending three years competing around the world at the highest level. He also represented SA at the 96 ISA world games. His competitive record, however, does not even come close to illustrating what a stylish powerful surfer he was in his prime.

Well known for ten years of judging on the ASP, Wade has also excelled in the role of coach.

The big news is that in June, Wade took the Costa Rica national team to their first ISA world title. 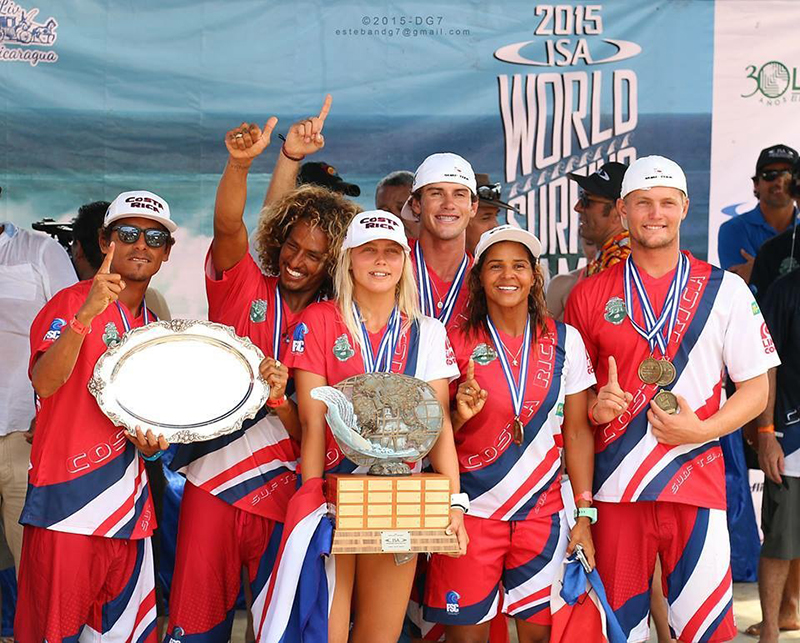 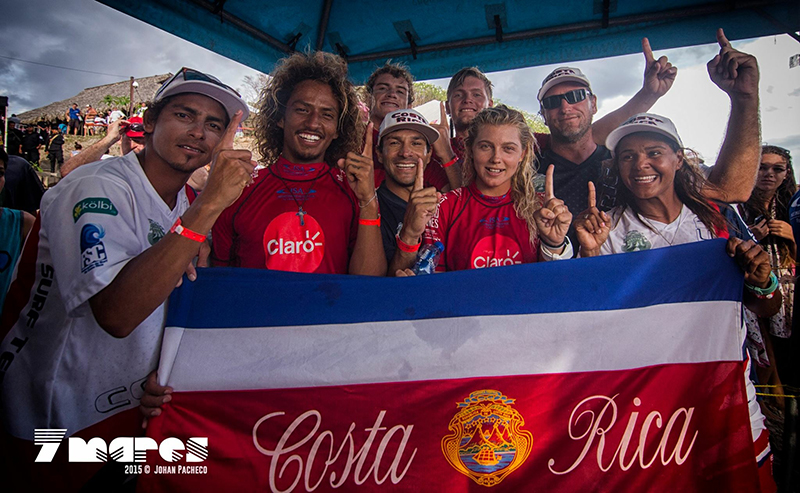 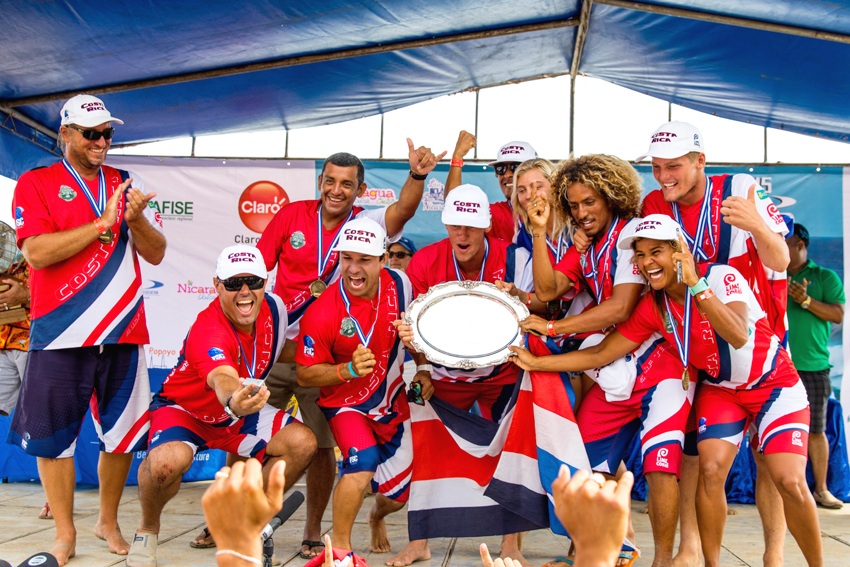 This is the culmination of almost two decades of dedicated coaching that started way back in the nineties.

Besides coaching a array of big hitters like Simon Nicholson, David Weare, Travis Logie, Warwick Wright and Jordy Smith back in Durban when they were groms, he was national coach of the fourth placed SSA team at the 2006 ISA Games at Huntington Beach CA. (Jordy won the Open gold title as a Junior, and Matthew Moore won longboard gold. Rosie Hodge achieve a bronze). 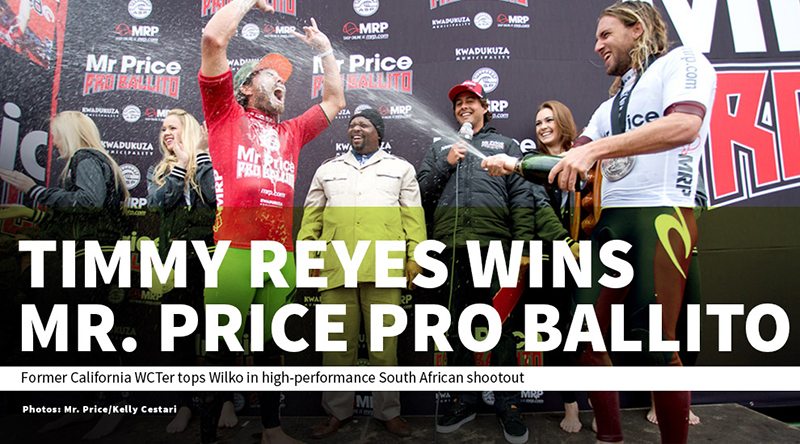 At a time in South Africa’s surfing history when other countries are benefitting from HPC type coaching and we find ourselves in a pretty lackluster position in terms of WSL results, Wade is having great success in the Americas. The irony of his success is not lost on us. Bluntly he is South Africa’s most successful coach right now and he’s coaching another country and klapping it big time. 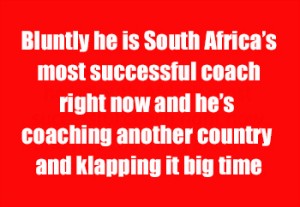 We asked Wade to bring us up to date:

Question: Tell us about your coaching career. How did you start out?

I was fortunate enough to be a part of the Natal State Team 1984-1990 and in having the opportunity to be coached by some of South Africa’s greatest surf coaches. I started coaching individual lessons in 1995/96 with these Durban juniors: Simon Nicholson, David Weare, Travis Logie, Warrick Wright and Jordy Smith and then formed a (Billabong) surf academy/coaching program in 1998 – 2001 with the idea and goal of generating a squad of competitive juniors to come out of the local surf break ‘New Pier’ Durban.

Question: When did you start working with the Costa Rica team?

My first coaching assignment abroad was with the National Surfing Federation of Costa Rica at the 2004 ISA World Games. Costa Rica obtained 9th place out of 23 Nations in Ecuador and a 13th place out of 24 Nations at the 2004 Isa World Junior Games in Tahiti. (Noe Mar won the Open gold title as a Junior). After that I coordinated an Events Structure (Circuito National de Surf) with the Federation in order to further the development of Surfing in Costa Rica.

Read an excerpt from Surfers Village

During a weekend in Tamarindo, and then the following weekend in Jaco, Sharp invited the top-ranking members of the entire Costa Rican National Surf Team to join in the rigorous training and coaching sessions he led the Juniors through. The idea was to increase the skills of the younger team while fine-tuning the performances of the more experienced surfers who still hope to be chosen for spots on the National Team that will compete in the 2005 Pan-American Games. The top-ranking surfers in Open, Juniors, Longboard, Women categories will represent Costa Rica in that prestigious international event, whose exact date and location have yet to be announced. Sharp first came to the attention of Pilurzu in March 2001, when Tamarindo hosted a Billabong Pro Costa Rica. He was one of the ASP (Associatoin of Surfing Professional) judges scoring the contest, and he was impressed with the level of “natural talent” displayed in the Costa Rican surfers competing in that internationally recognized contest. Costa Rica itself had the same pure spirit he remembered about his birthplace of Durban, South Africa, where the now 31-year-old grew up the son of professional surfer William Sharp. After a career of competition, sponsorship, and travel, the younger Sharp opened the Surf Academy, which became the Billabong Surf Academy, in South Africa. His training programs produced six SA surfing champions and two ISA World Champions. Coach Sharp believes that right now, he is training at least two possible World Champions on the Costa Rican National Surf Team.

Question : You also coached the Saffa team at the 2006 Huntington CA World Games. How did that go?

I was selected as a National coach for the South African Surfing Team. We placed fourth that year – Copper ‘Team’ overall.

Give us a brief view of your coaching methodology.

The only time ‘Success’ comes before ‘Work’ is in the dictionary!

Question: You obviously see a lot of young surfers with talent. What attribute do you look for early that will make a champion?

Throw equipment into the equation for good measure!

Question: Back to the Costa Rica victory. Are there any surfers from Costa Rica team who have the potential to do well in the WSL?

At the moment the two best Costa Rican pro surfers are already on the WSL Tour, they are currently ranked at #12 Noe Mar McGonagle and #16 Carlos Munoz, and they competed in this year’s Billabong Ballito Pro.

Question; Where to next for you?

2015 – I am currently setting up a business in Costa Rica formulated towards tourism and all levels of surfing enthusiasts.

I will be in California working with some pro athletes for the major WSL pro events.

2016 – I would like to return to SA for some time to contribute towards coaching the future generation.

Or possibly devote a year of my life to Jordy Smith and the 2016 WSL – World Championship Title.

In-between all of that, finding the time to surf, surf, surf!

Interview by Pat Flanagan. All photos courtesy of Wade except where otherwise stated.

Wade was born and raised in the beach city of Durban, South Africa. From an early age he was introduced to the ‘Bay of Plenty’ beach through his father’s influence and experience, where he took a keen interest in surfing, the ocean, and what it has to offer.

ISA World Surfing Games – 1996 Wade was selected as a member of the South African Surfing Team at the first World Surfing Event recognized by the (IOC) International Olympic Committee.

Wade was selected as a judge for the ‘Association of Surfing Professionals’ over a period of 8 years and represented as the ASP North-America Head Judge and Administrative Assistant from 2006 – 2011. His involvement has offered some great experience and knowledge within competitive surfing. Judging kept him in the fine concentration of our sport and has been an awesome outlet for Wade to contribute back to what we love most, Surfing.

In November 2011 Wade retired after 10 years of professional judging (ASP) and began professional coaching in Huntington Beach, CA. Over the past few years Wade has worked with Athletes such as Timmy Reyes, Kanoa Igarashi, Tomas King and Sebastian Williams.

Wade was selected as National coach for the 2015 Costa Rica Surf Team who placed 1st – GOLD ‘Team’ overall with the following results: