Early in 2015 Zig Zag produced a Legends Journal, this is an article that was a out take.

Sport doesn’t build character it identifies character. I read recently. Well, when most of the Legends started surfing there was still the debate about whether surfing was a sport or an art form.

To understand how it was, in the the sixties, when Dave Fish, Spider, Tich and one or two of the older guys were still groms, you need to understand how totally different the landscape was.

Harry Bold distributed Surfer Magazine almost from the start of the decade and the South African surfing community hung on it’s every word. Surf culture was being shaped in Southern California. New phrases like baggies, t-shirts, slops, stringers, cutbacks, skegs and shooting the curl were being coined. South Africa followed with gusto. We wanted a piece of this shit. Mesmerising images of heroes riding magical waves in magazines and movies tugged at our consciousness. Miki (Da Cat) Dora, Midget Farrelly, Phil Edwards were gods to be worshipped – Well almost. 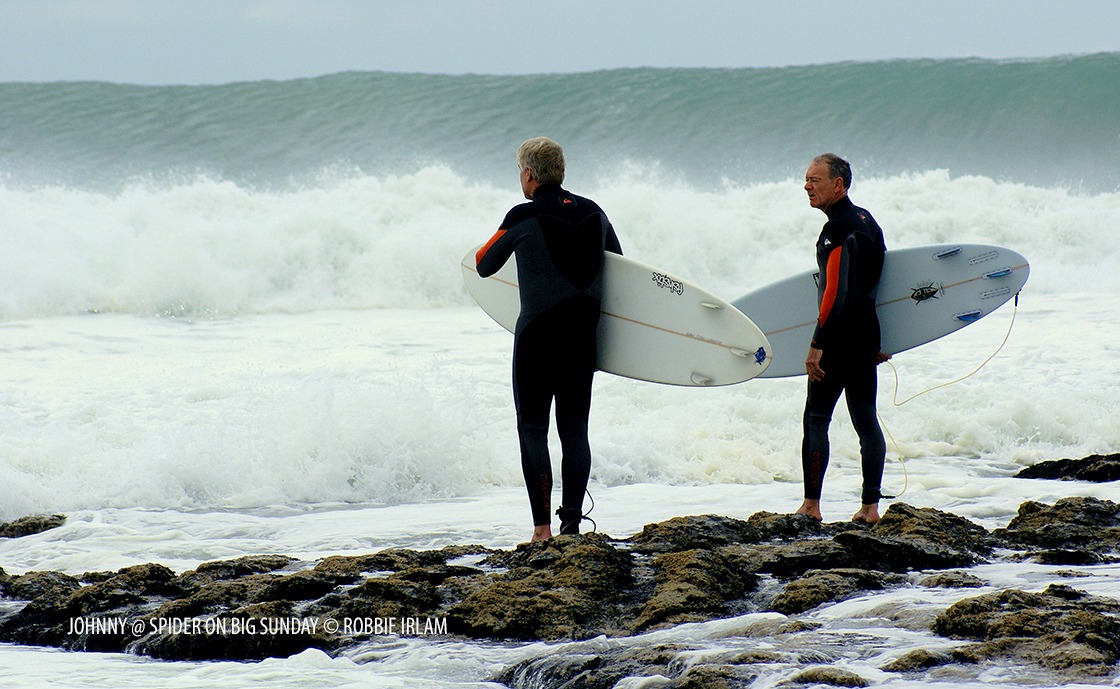 Johnny and Spider on Big Sunday. 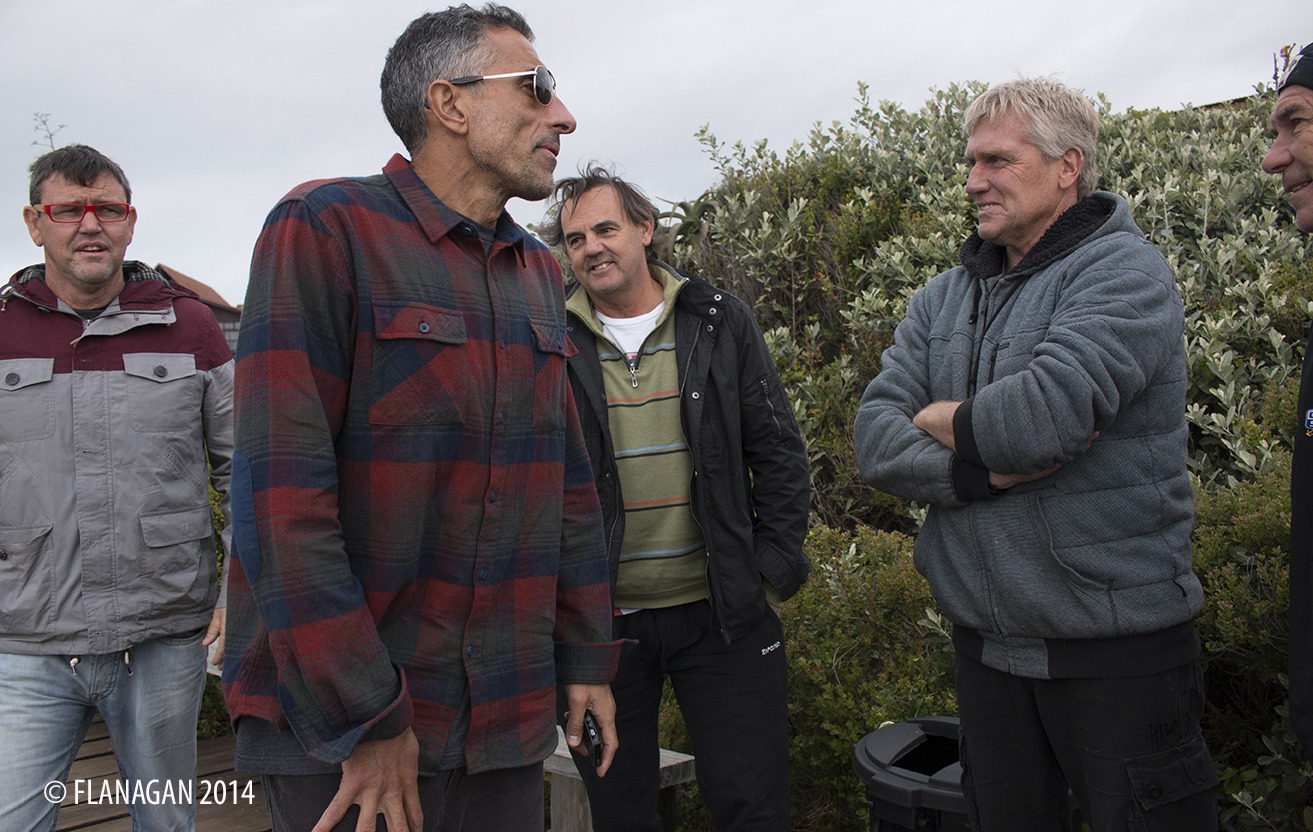 On Saturday Jonny arrived the gang was complete 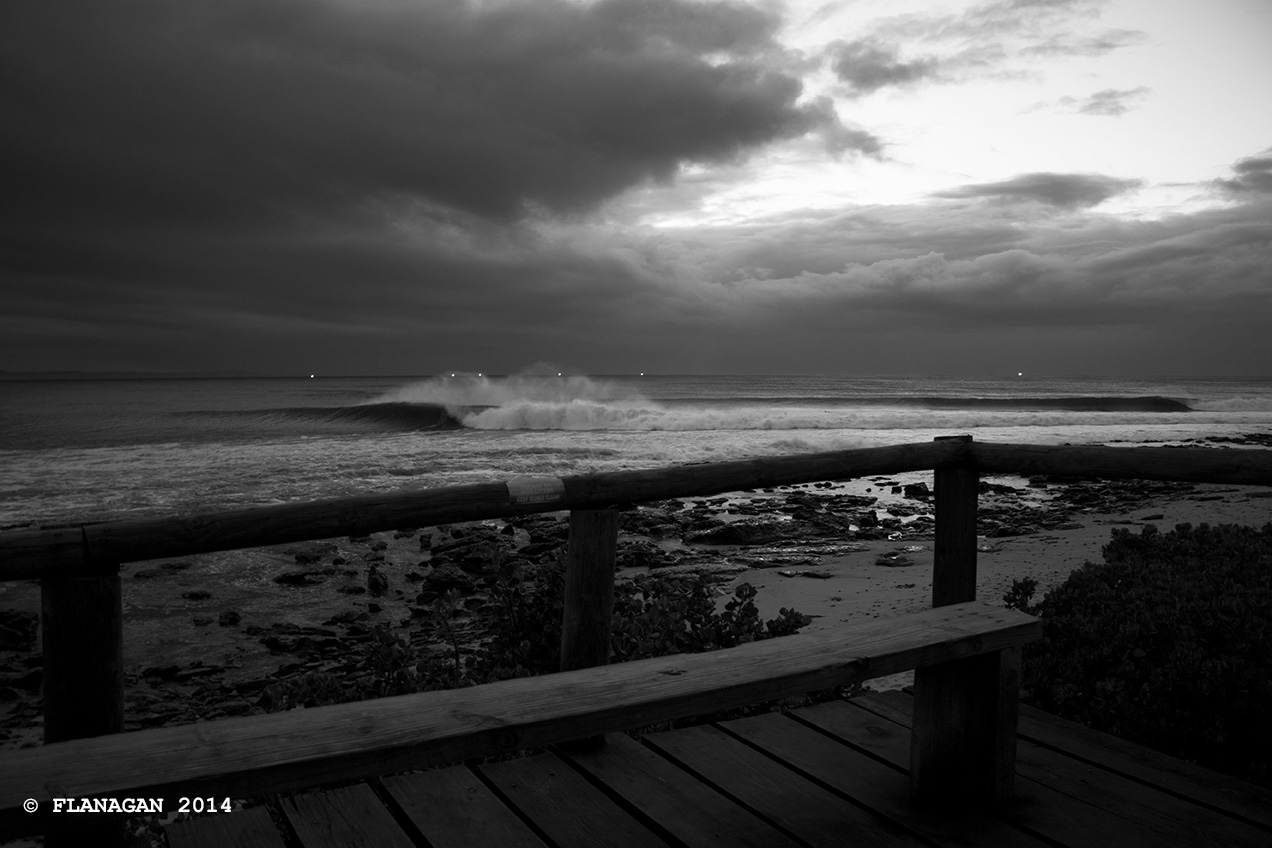 At the same time Bruce Brown visited our shores shooting the Endless Summer and that made the dream complete. Our surfing pioneers like Max Wetteland and John Whitmore had come over the hill and seen the endless points of the eastern Cape. Sure some of the Legends in our group had been there, but it was a full decade later – when the rounded pin or swallow tail single fin was the status quo, that our country’s surfing came of age. These younger guys, honed on testing and often perfect waves, weren’t as respectful of their international peers as their predecessors. They were fit, hungry, super talented and wanted to win every heat. Patriotism was strong. These guys were bonafide sporting heroes, They also had that prerequisite of success, character. 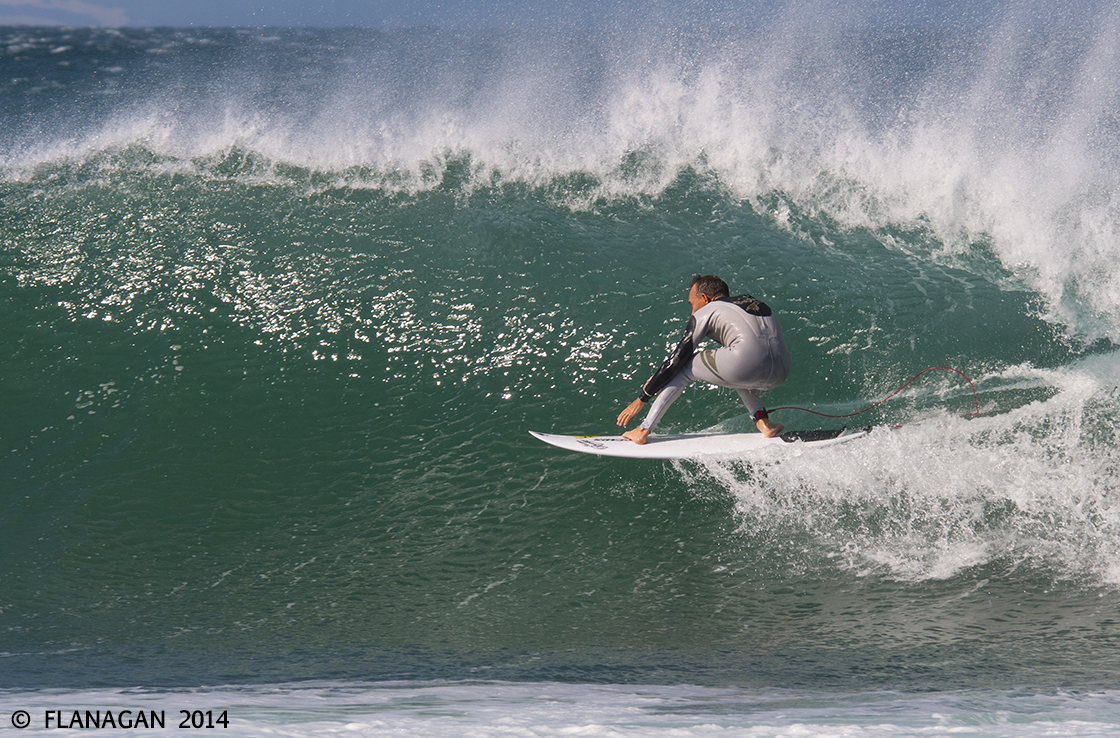 Chris Knutsen about to put the foot down. 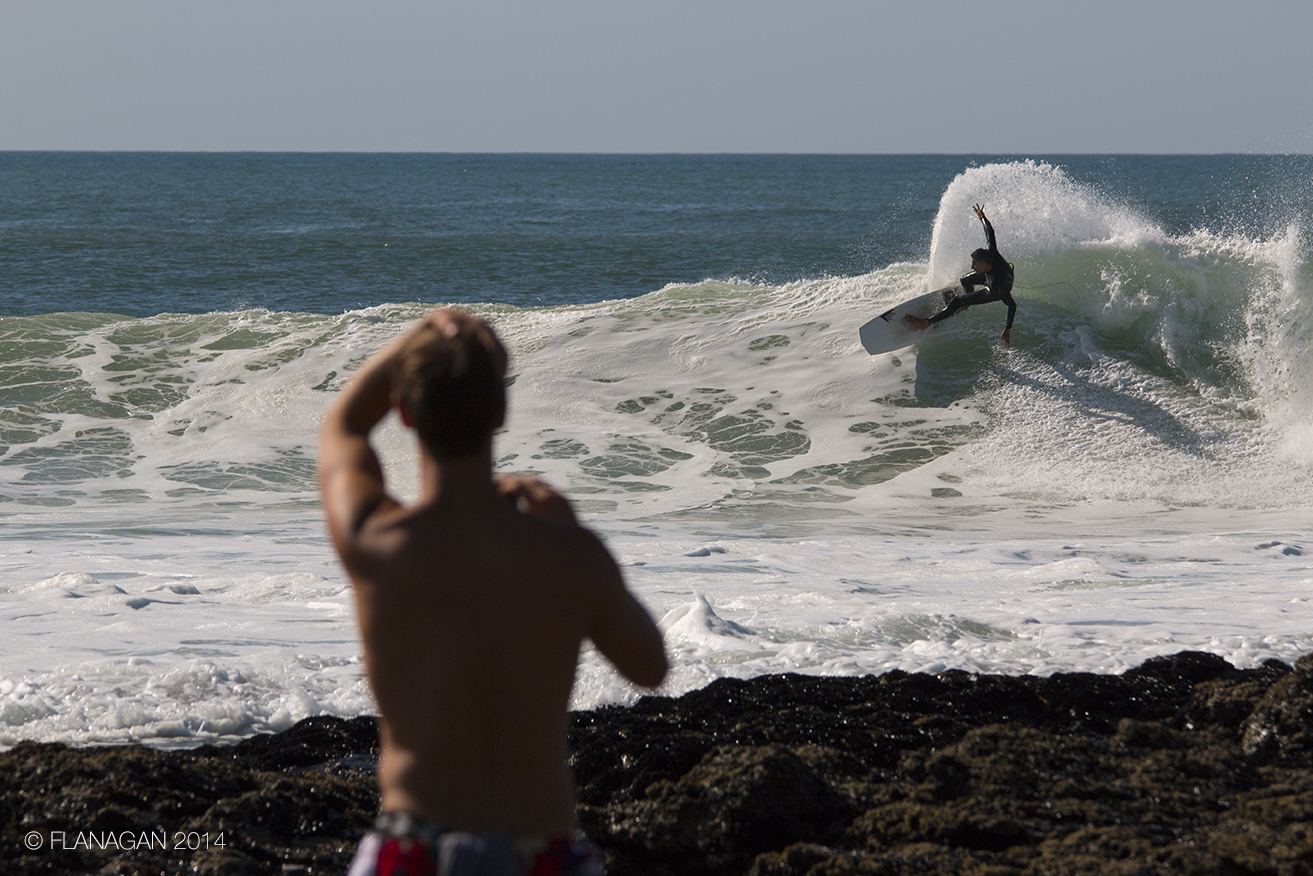 Jonathan, Dave Fish, Mike Larmont, Gavin Rudolph, Shaun and Michael Tomson, Bruce Jackson, Ant Brodowitz, Paul Naude along with Peers Pittard and Mike Esposito were a formidable group of surfers and soon they were widely regarded along with the best Aussies and Hawaiians, as top of the heap globally. 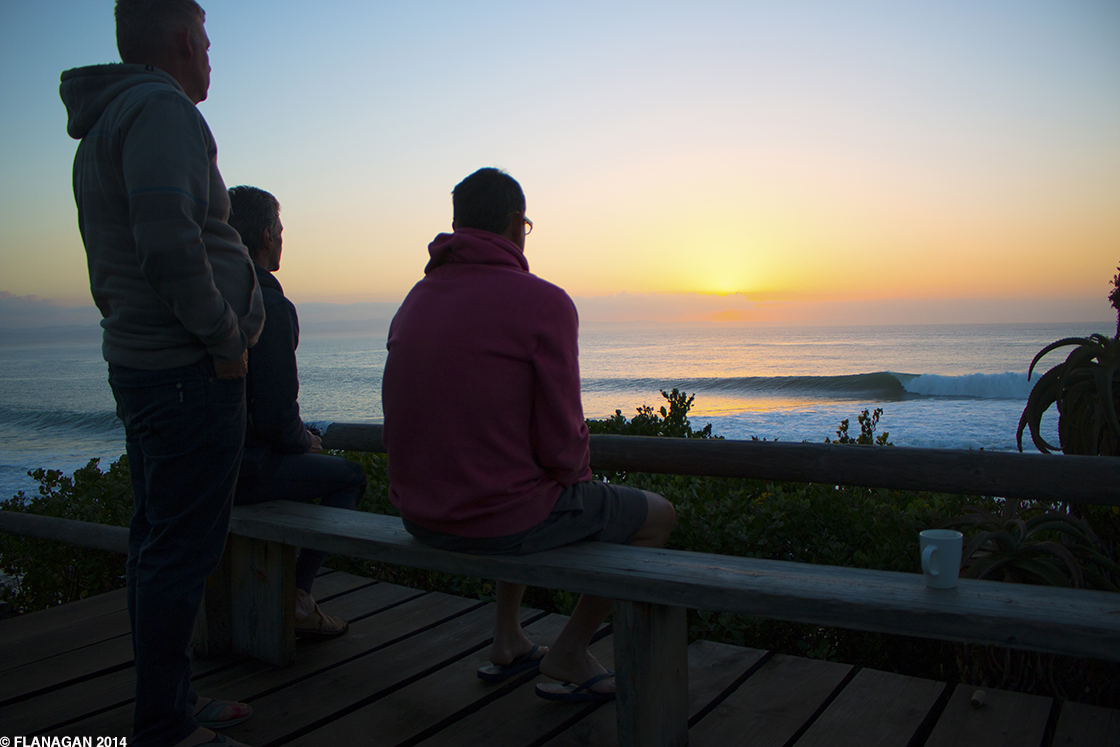 Always a show stopper – the sunrise at die Baai. People have been coming for five decades just for this. 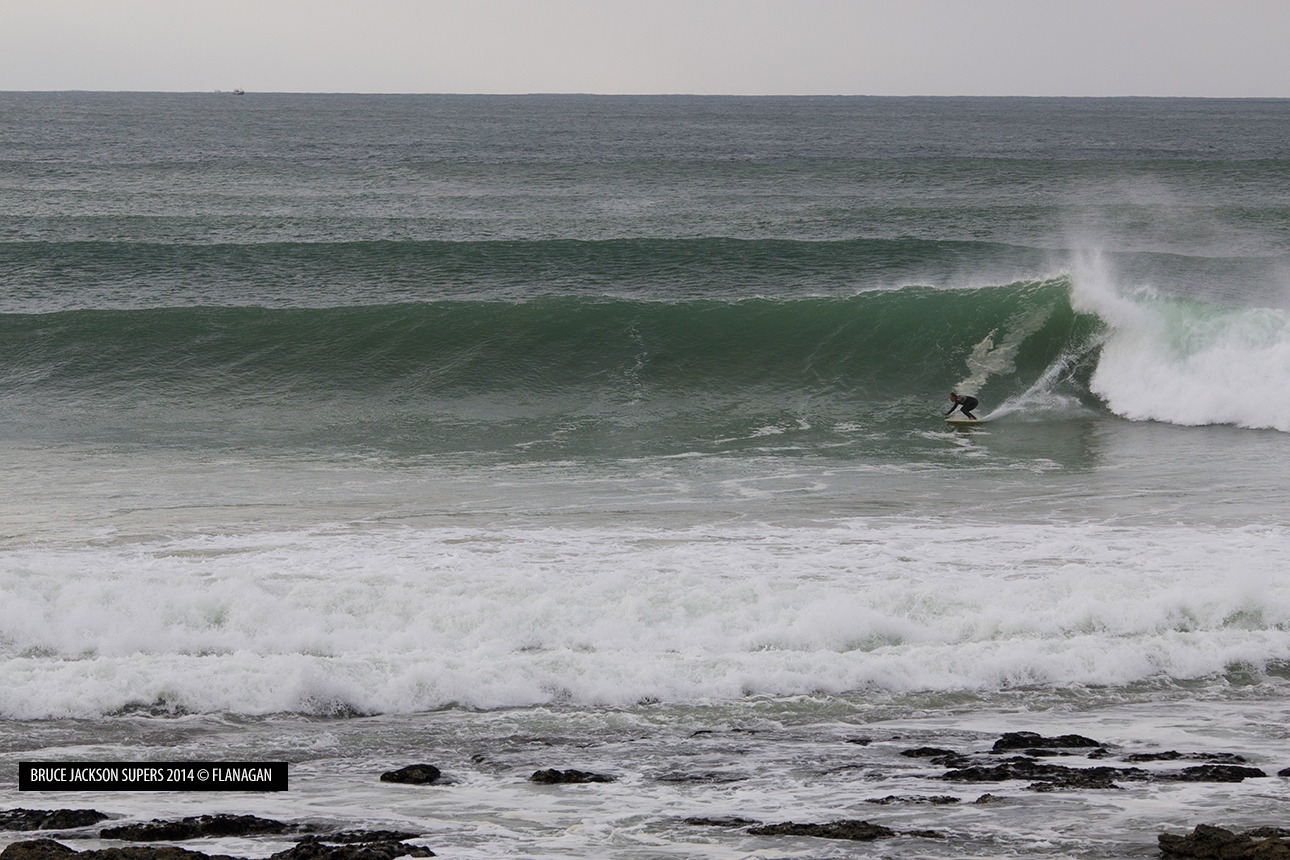 Bruce Jackson putting his single fin to the test.

A winning culture developed. This was the golden age of South African surfing. The next, younger group – Davey Stolk, Gavin Spowart, Mike Savage, Mark Price, Wayne Shaw, Ray Roberson, Dave Hansen, Mike Burness, the Lawson brothers and Chris Knutsen fed off this highly competitive spirit and kept the ball in play. But by the mid eighties the fingers of apartheid were around the neck of many sports. These guys were unable to be part of the a massive spurt in world surfing at that crucial time in pro surfings history, and subsequently the momentum that was established a decade earlier, was lost.

Our group of Legends, came from both these eras. Those who were prominent in the seventies, who enjoyed the freedom to compete and succeed and those denied those opportunities when many countries hosting tour events forbad their participation. 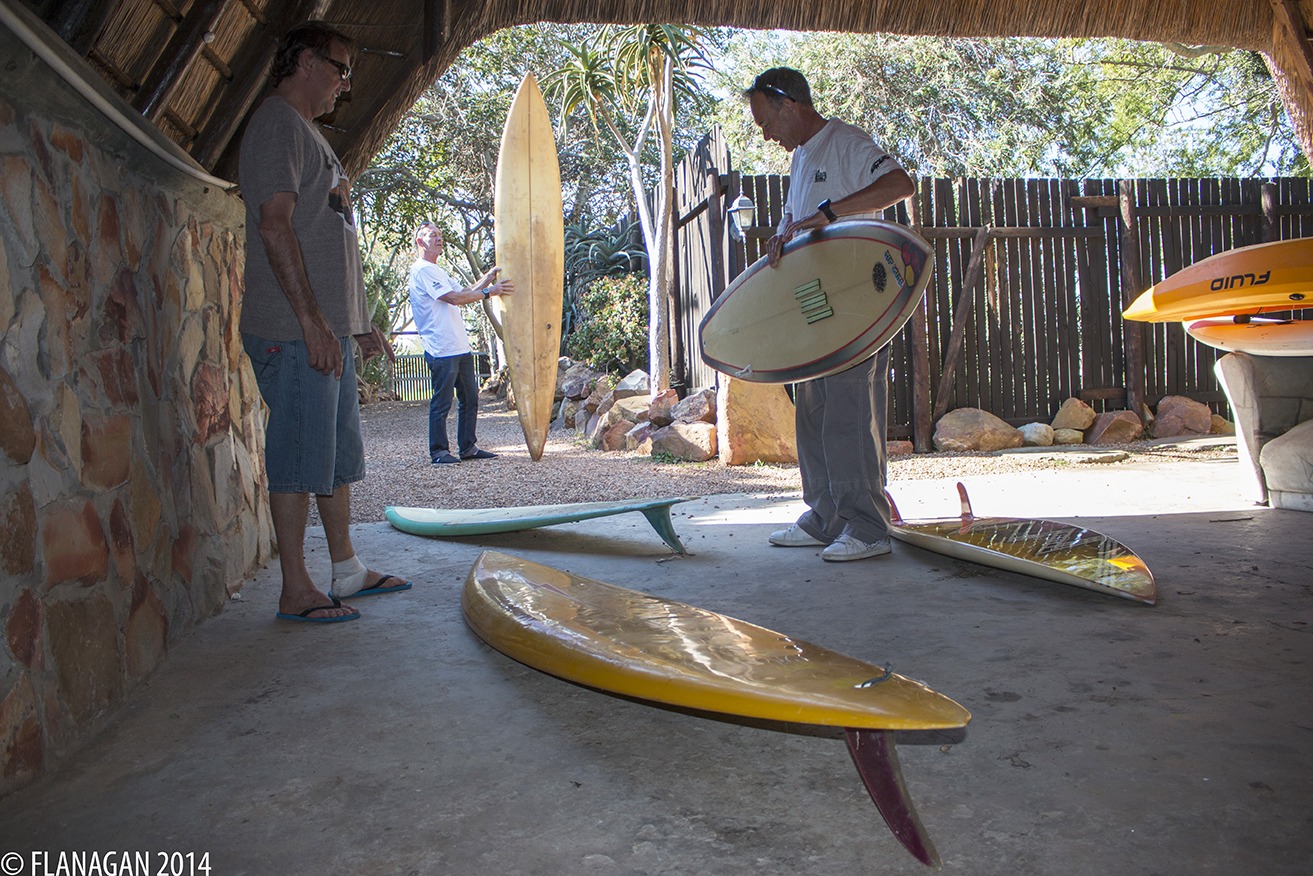 Derek Hynd took Chen, Spyder and Chris to a friend’s loft in the hills and showed us his collection or rare and historic boards. 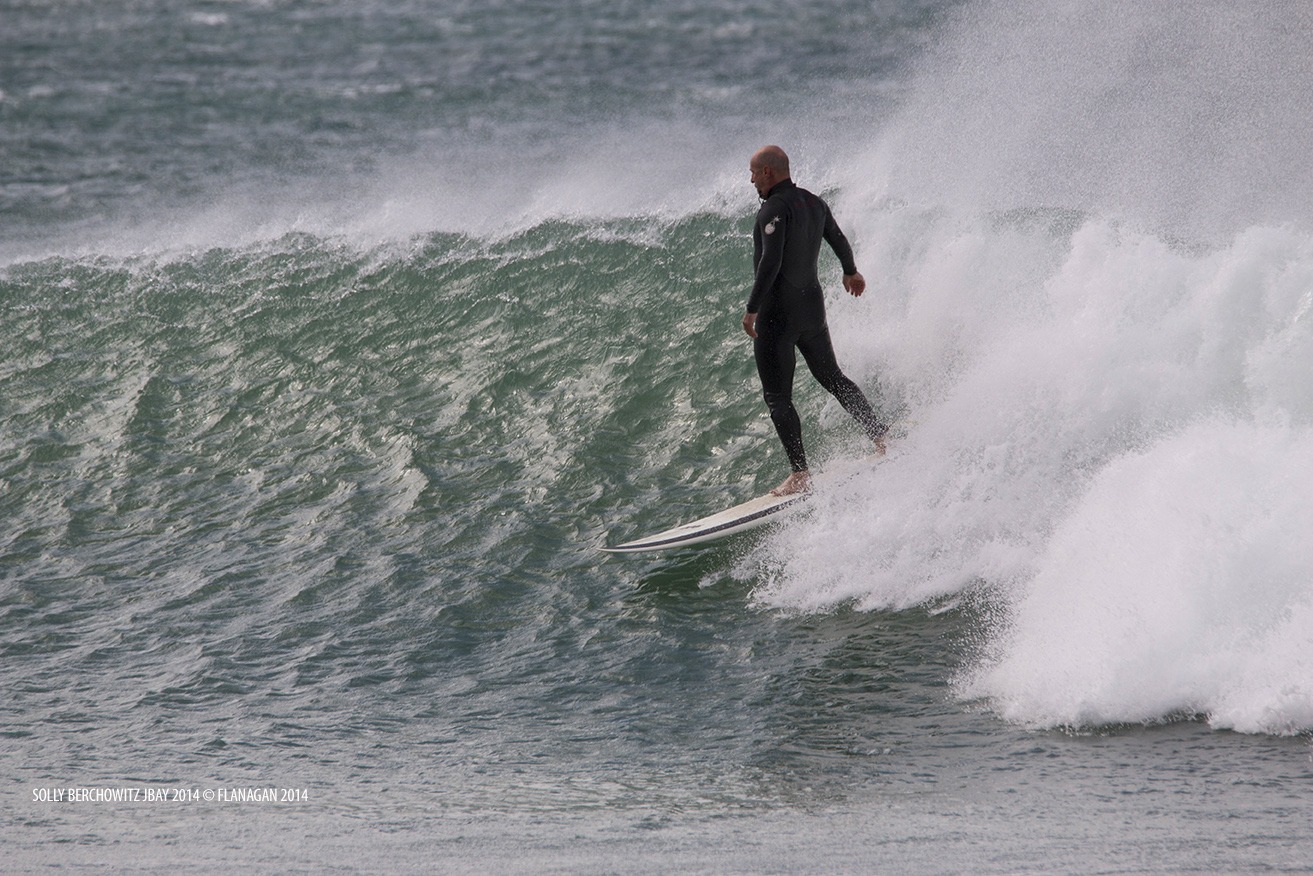 Our’s was a very loose selection criteria – people who have contributed to the growth of surfing and also prepared to pass on their skills and experience to the next group of promising surfers. The inevitable cancellations while putting together the trip meant new names were added, but when the numbers (with support guys) got up to nearly twenty, we capped it. The last thing that we wanted was to have an unfavorable impact on the break. You don’t want to piss off the locals.